Shares of Aerojet Rocketdyne Holdings (NYSE:AJRD) rocketed higher by 17% in Tuesday afternoon trading after the space propulsion specialist reported better-than-expected earnings. The company reported solid growth and a backlog that implies that growth can continue, causing the shares to blast off.

After markets closed Monday, the maker of rocket engines and other propulsion systems reported second-quarter adjusted earnings of $0.46 per share on sales of $512.4 million, besting analyst estimates for $0.42 per share in earnings on sales of $495 million. 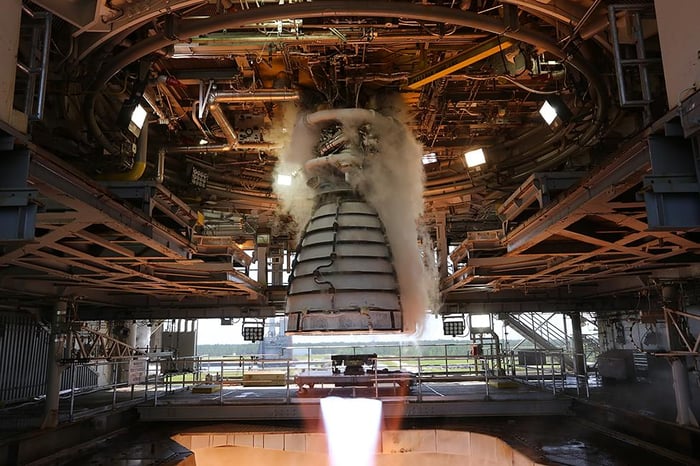 "Q2 2020 was a great quarter for Aerojet Rocketdyne," CEO Eileen Drake said in a statement.

The company closed the quarter with a backlog of future business worth $6.8 billion, an all-time high. That includes a recent NASA win to build rocket engines to support deep space exploration missions.

The worry surrounding Aerojet Rocketdyne in recent years is that the company will get squeezed by deeper-pocket rivals including Northrop Grumman and start-ups like SpaceX.

Shares of Aerojet Rocketdyne are still off more than 20% from highs reached back in February, but the company's unexpected strength in the quarter and strong backlog provide some evidence that there is plenty of business to go around. That was enough to propel the stock higher on Tuesday.