Shares of Tupperware Brands (NYSE:TUP) are skyrocketing -- not just today but also in 2020 in general. The stock bottomed out in early April under $2 per share. Since then, it's about a ten-bagger.

Today, the share price is spiking after results for the second quarter of 2020 surprised Wall Street. As of 11 a.m. EDT, Tupperware stock is trading 56% higher. But was up as much as 70% today. 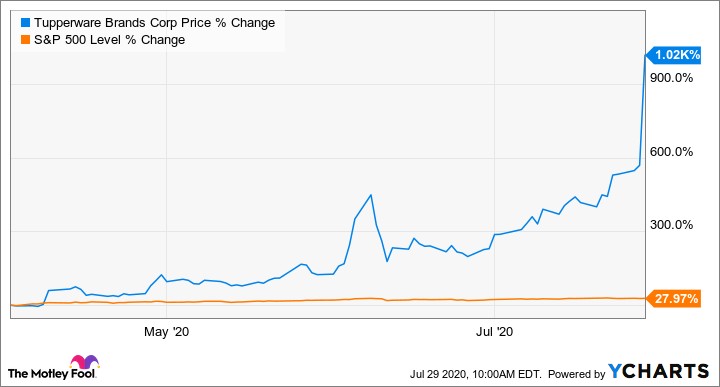 Tupperware sales were down 16% in Q2. And for the first half of 2020, sales have fallen 20%. Nevertheless, the company has a new management team and a turnaround plan. By cutting costs, tackling debt, and getting rid of certain business elements, Tupperware was able to boost its profit in Q2. A lot.

The net profit for Tupperware is important. The company's current liabilities (including current portion of long-term debt) are $1.2 billion. The heavy load is partly why the company was left for dead earlier this year, as investors questioned its long-term viability. However, it was able to retire $100 million of debt during Q2, improving its prospects. 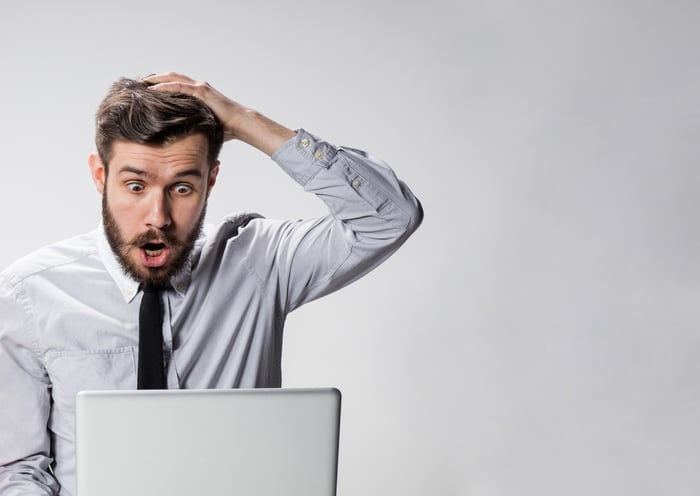 Tupperware might look like a value stock to some, but its business still has a long hill to climb. Over the last 12 months, it has generated negative EPS, even after the quarterly beat. Stable profits and revenue are some of the characteristics that make a great value buy, and Tupperware hasn't demonstrated those lately. One quarter doesn't make a trend.

Going forward, Tupperware is faced with the challenge of its business model -- products are sold by independent salespeople hosting events. Management appears to be sticking with this, even as we see many businesses pursue direct-to-consumer models.

By contrast, Tupperware is pursuing a tiered-product model, offering similar products at different price points. Time will tell if that's the correct strategy.