Investors were bracing for some unusually weak sales and profit numbers from McDonald's (NYSE:MCD) in its second-quarter report (which covers the months of April, May, and June). The period captures some of the most intense impacts to date from the COVID-19 pandemic. The fast-food giant had already revealed sharp revenue declines in April and May across most of its markets, too.

On Tuesday, McDonald's issued its full results that showed a clear trend toward a return to global sales growth through June. However, the chain may be losing ground to some of its peers as consumers increasingly skip their breakfast trips. 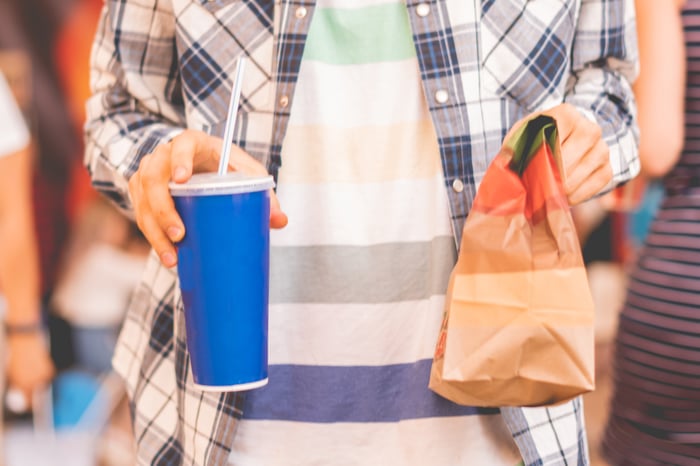 Thanks to its June 16 update, investors already knew that traffic declines appeared to hit a low in April when comparable-store sales plunged 19% in the U.S. and fell 39% overall. Those slumps improved to 5% and 21% drops, respectively, in May.

The positive trends carried through into June, McDonald's revealed this week, with comps declines landing at 2% in the U.S. and 12% across its worldwide selling footprint. The company even returned to growth in a few key markets, including Australia and Japan. "We saw continued improvement in our results throughout the second quarter as markets reopened around the world," CEO Chris Kempczinski said in a statement.

McDonald's isn't leading the industry in the rebound, though. Chipotle (NYSE:CMG) recently said it returned to sales growth in the U.S. in June, and that its 2% uptick that month has accelerated to over 6% through mid-July.

But Chipotle doesn't compete in the breakfast hours, which are an important part of McDonald's business and have been pressured by changes in consumer mobility since the pandemic started. More days spent working from home, for example, means fewer opportunities for on-the-go morning meals.

Investors can get a clearer picture of the fast-food giant's market share position by watching peers who do compete in the morning meal hours. Starbucks (NASDAQ:SBUX) just announced that its sales trends improved to a 16% decline in late June from a 65% slump in April. Dunkin' Brands announces its financial results in a few weeks.

In the meantime, McDonald's plans to lean on its robust drive-thru service platform to help it climb back into the leadership position. This fulfillment offering "has been particularly appealing to our customers during the pandemic," management said, and it was a key factor behind the growth rebound in Australia.

Peers like Shake Shack and Chipotle are apparently seeing the same encouraging data, which explains why both chains are busy building out their drive-thru lanes today.

The good news is McDonald's has a big head start on this battleground since drive-thru capabilities were built into nearly all its restaurants as a core fulfillment platform. But the main question for the second half of 2020 is whether those assets can help the chain overcome weak breakfast traffic while consumers are staying closer to home.

With many companies announcing telework policies that run into next year, this is a drag that might impact Mickey D's well past the initial COVID-19 hit that the business has taken over the last few months.