These three companies are primed to rebound from the current economic crisis.

Mid-cap stocks -- generally defined as a company valued at a market cap of $2 billion to $10 billion -- can be found among a diverse field of businesses and industries. Though some highly recognizable companies fall into this category, many mid-caps are small enough that they still have ample upside remaining, compared to some of their large-cap peers.

And yet, owing to their size and the occasional perception that they have more volatile financials, many midsize companies have been battered by the redundancy crisis brought on by COVID-19 this year. Three mid-cap companies that I think are poised to rally in grand fashion are SVB Financial Group (SIVB -6.97%), Skechers (SKX -3.42%), and Appian (APPN -3.02%).

When the economy decides to go haywire, bank stocks aren't the best place to have your investments. This year has been no exception. As measured by the Dow Jones U.S. Banks Index, the sector is down 35% so far this year. While it has taken its lumps as well, SVB Financial Group -- better known as Silicon Valley Bank (SVB) -- is down only 10% so far in 2020. 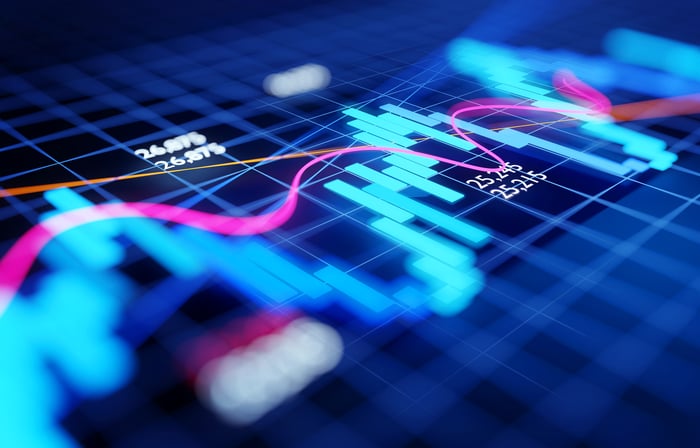 The key to its success lies in the company's niche, which focuses on banking services to startups and their owners. Venture capital for new businesses has matured over the years, and SVB has a long history of serving the industry. Though the recession is painful to endure right now, bank management thinks adversity and a surge in available talent due to high unemployment -- up to 32% among venture-capital-backed companies in Q2, according to SVB's "State of the Markets" quarterly report -- will fuel more innovation and economic expansion once effects from the pandemic start to wear off.

That's not to say SVB is doing poorly at the moment. On the contrary, over 1,500 new clients were added during the period to hit a new record as the start-up community turned to the investment banker's experience dealing with lean times for help. And SVB remains well-funded to help its current customers with their liquidity needs, as well as make further investments in new disruptive businesses down the road. Total cash and fixed-income securities on the books totaled $45.6 billion, and debt was minimal at $894 million.

As expected, SVB's efficiency ratio worsened to 54.4% (compared to 48.4% in Q1). As a reminder, a lower efficiency ratio the better as it indicates a bank's ability to generate profit. But even with worse marks during a challenging period, SVB remains one of the most efficient bankers around. With a market cap of $11.5 billion (which admittedly falls just a skosh outside a strict interpretation of mid-cap territory), the stock trades for just 1.6 times the company's book value and 12.9 times trailing-12-month earnings. I remain a buyer at these levels.

2. Skechers: Stop calling it an upstart

The retail world -- especially those still firmly rooted in brick-and-mortar operations -- has not fared well in 2020. One wouldn't have been faulted for doubting Skechers and its large global footprint of real estate, nearly all of which were closed at some point during the second quarter. Plus, with Nike all the rage currently, what chance could the quirky upstart really have of managing during such a disruptive year? 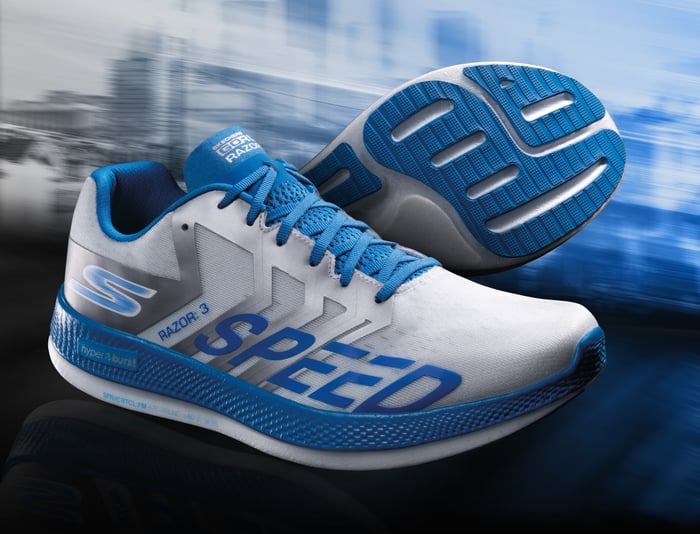 As it turns out, the chances are pretty good. Sure, the company reported a 42% year-over-year decline in revenue during the spring months, but a 428% surge in Skechers' online direct-to-consumer business helped prevent an all-out disaster. And while the brand may not be the top shoe name in the minds of most consumers here in the states, Skechers has been building a formidable fan club overseas, a fact that's often overlooked.

Over half of sales are derived internationally, and business in China actually grew 11.5% in Q2. And other markets in Europe and Asia are nearly back to pre-pandemic levels.

But perhaps the biggest reason to start thinking about Skechers differently is the balance sheet. At the end of June, the company had $1.56 billion in cash and investments and only $763 million in debt. And it's free cash flow positive this year (revenue less cash operating and capital expenses, whatever gets added to or subtracted from the balance sheet at the end of each quarter). Skechers is thus already on a path to recovery.

As of this writing, Skechers has a market cap of $4.7 billion, and shares trade for 31.7 times earnings -- an elevated multiple due to reported net losses so far in 2020. However, I think Skechers is no longer an upstart and is a force to be reckoned with in the consumer-brand department. As the global economy tries to patch itself up in the years ahead, this shoe company could be a big winner.

For our last mid-cap under consideration, I want to switch gears from well-established and profitable companies to disruptive up-and-comer Appian. The company operates in the low-code software development space -- a service that speeds up the creation of software using a visual drag-and-drop workspace that allows even those with little-to-no experience with code to build and deploy new digital tools. 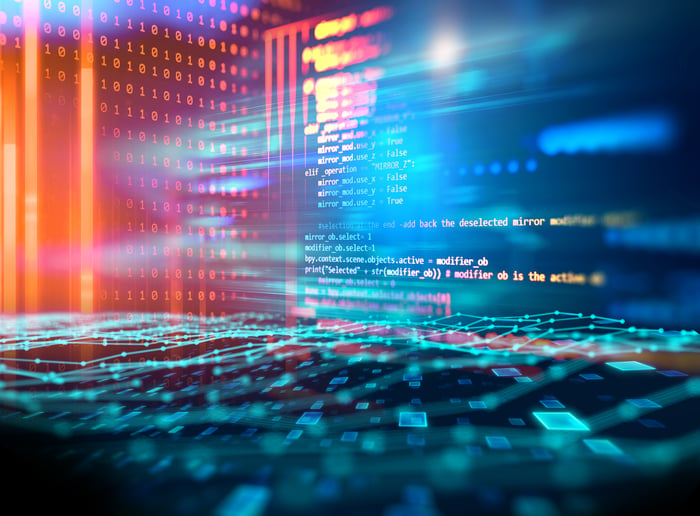 Appian's Q1 subscription revenue (based on its cloud-based low-code platform) surged 46% year over year, as some spending got pulled forward in the period ahead of the pandemic. But due to many of its customers and prospects hitting pause on new projects going forward, Appian management said it expects Q2 subscription revenue to grow only 25% to 26%. However, total revenue could decline as much as 8%, suffering from steep declines in professional services and offsetting the far more lucrative subscription business. Compounding the problem is that this is still a small technologist that operates in the red (adjusted net loss was $8 million to kick off the year).

Thus, Appian needs to keep growing to reach a more profitable scale, and it does have much larger competitors in the low-code space -- including salesforce.com and Siemens subsidiary Mendix. However, Appian's base subscription business has momentum going for it.

As corporate spending loosens up again, Appian's takeover of a small software robotics outfit early in 2020 gives its customers access to artificial intelligence (AI) applications as part of its low-code offering. With COVID-19 reshaping the way organizations need to operate, digital transformation could kick into high gear, and this small tech stock could be poised to benefit in an outsized way.

With a market cap of $3.4 billion, Appian trades for 12 times trailing-one-year sales. Paired with the net loss at which it operates, it's a premium price tag that assumes all-out growth will resume sooner rather than later. But cloud-based subscription revenues remain in expansion mode, and Appian had $149 million in cash and no debt at the end of March -- a position that got bolstered with the sale of 1.93 million new shares announced on May 28 (which could have raised as much as $110 million in additional cash).

With software development and AI demand set to increase in the coming years, this mid-cap stock is worth a serious look.