Synchrony Financial (NYSE:SYF) is a consumer finance company that largely issues credit-card loans through various channels. With roughly $96 billion in assets, the company uses what it calls a "partner-centric" business model, teaming up with leading retailers and digital brands that promote Synchrony's credit cards to help increase their own sales.

Unfortunately, it is the very nature of Synchrony's business model that makes me unable to recommend this stock right now. I certainly see some intriguing aspects to the company, particularly in the digital channels it's building out, but consumer finance companies can experience high loan losses in recessions, and there is simply too much uncertainty about the broader U.S. economy right now. 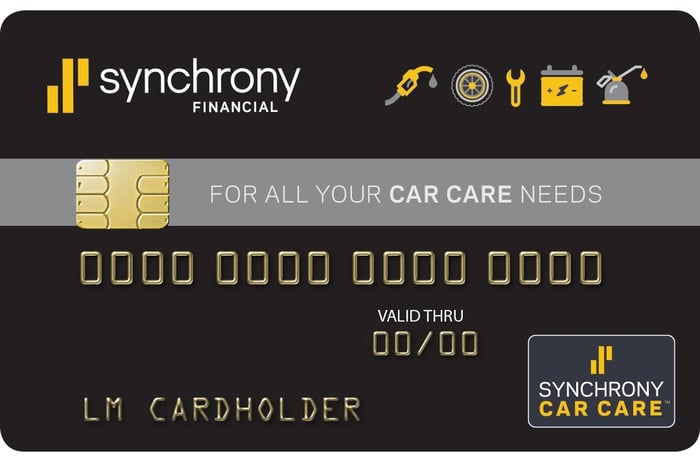 Synchrony reported net income of $48 million in the second quarter, down from $286 million in the first quarter, and from $853 million, or a 94% decrease, from Q2 2019. Those declines were mainly because it saw much lower net interest income and because it set aside $1.67 billion in credit-loss provisioning, an increase of 40% compared to Q2 2019. It set aside a similar amount in credit-loss provisioning last quarter. The company has now set enough aside to cover defaults equivalent of 12.52% of its total loans. That's solid coverage, but Synchrony executives, like the rest of the world, remain unsure about what's coming next.

"While we continue to expect reserve builds to be elevated as we move forward, until we gain more visibility into the duration and severity of the current pandemic and the impacts from stimulus and the industry-wide forbearance, we cannot provide more specific guidance," Synchrony CFO Brian Wenzel Sr. said on the company's recent earnings call. "Once we have greater visibility, we'd be in a better position to define the expected net charge-off and reserve build expectations going forward."

There was some positive movement on the forbearance front. Through June 30, 1.7 million of the company's accounts amounting to $3.2 billion had been at some point placed in forbearance during the pandemic. At this point, 70% of these accounts have left forbearance. However, that still leaves roughly 509,000 accounts with debts amounting to $1.1 billion in forbearance, and 56% of those account holders have FICO scores of less than 660.

Another issue is that the $600 per week emergency boost to unemployment benefits that the federal government had been paying expired over the weekend, and those funds were propping up the finances of tens of millions of people who have lost their jobs amid the COVID-19 recession. While Congress is debating a potential new unemployment benefit boost, that may not materialize, and if it does, it could end up being significantly lower. This could put financial strain on borrowers, especially those with lower FICO scores.

Wenzel said that Synchrony will be guided by unemployment trends in determining whether it will need to set aside even more cash to cover anticipated loan losses, specifically if there is "higher-income unemployment." CEO Margaret Keane added that she does expect to see unemployment rise further as companies reexamine their cost structures.

Synchrony could also have difficulty growing revenue to offset further reserve builds. The company makes most of its money from charging interest, but that looks likely to be a tougher business model in the coming quarters. The low-rate environment has driven the company's net interest margin -- the spread between what it pays on deposits and earn on loans -- from 15.15% in the first quarter of this year to 13.53% at the end of the second quarter, a huge decline. Wenzel said he thinks the net interest margin has likely bottomed and will trend upward from here, and that the company may be able to cut expenses as well.

But another problem I see is how closely tied Synchrony is to the retail industry. A big part of its model is customizing store-brand credit cards for retailers, which then promote them with special promotions, cash-back rewards, and other offers that help the chains push sales -- and help Synchrony add customers. The financial institution's five largest retail partners are Gap, JCPenney, Lowe's, PayPal Holdings, and Sam's Club. In 2019, these partnerships collectively made up 47% of Synchrony's total interest and fees on loans, and 48% of loan receivables. Four of those five companies mentioned above are primarily brick-and-mortar retailers, and could see fluctuating sales volume and foot traffic until the pandemic is brought under control. In addition, with most U.S. states experiencing surges of COVID-19 significantly more intense than they were hit with in the early months of the pandemic, it is likely that many governments will once again impose restrictions that shut down a swath of nonessential economic activities.

Synchrony does have digital partnerships, but its average number of active accounts decreased in the second quarter. With potentially less money being borrowed via its credit cards coming in and thinner margins on the money it does lend, it's hard to see where a turnaround for Synchrony would come from.

The consumer finance business can be risky because of its typical reliance on credit card lending, though that can spike significantly during economic downturns. Until there's more clarity about what form the next government intervention might take -- and particularly what assistance it might offer the tens of millions of unemployed Americans -- I would put any investment in an institution like Synchrony on hold. In this economic environment, the company will find it challenging to generate sufficient amounts of revenue, and I simply don't see the upsides outweighing the risks right now.