The stock market has been on a tear, and the good news continued on Friday. Earnings from major tech powerhouses helped send the Nasdaq Composite upward, nearly to its record high. Other markets were slower to gain ground, but eventually even the Dow Jones Industrial Average (DJINDICES:^DJI) pulled itself into positive territory, and the S&P 500 (SNPINDEX:^GSPC) saw a decent-sized gain to close the week.

On a day when big-name tech companies dominated the headlines, it was easy to forget about smaller companies in other industries. Even with a devoted base of investors focusing on it, the cruise ship sector has seen its prospects cool off recently. That sent shares of Royal Caribbean Cruises (NYSE:RCL), Norwegian Cruise Line Holdings (NYSE:NCLH), and Carnival (NYSE:CCL) all down 3% to 4% Friday, extending a longer downtrend in recent weeks that reflects the ongoing challenges the industry faces.

Investors in cruise operators are counting on ships being able to return to the seas at some point, hopefully in the near future. Yet they keep getting thwarted by new delays that make it more uncertain whether companies will have enough liquidity to make it back to more normal conditions in the travel industry.

Just this past Thursday, Norwegian boosted the stress level one more time. The company said it would cancel its October schedule of sailings, holding open the possibility that it might be able to resume some voyages in November. That upped the ante for Carnival and Royal Caribbean, which are still hoping they'll be able to get started after the end of September. 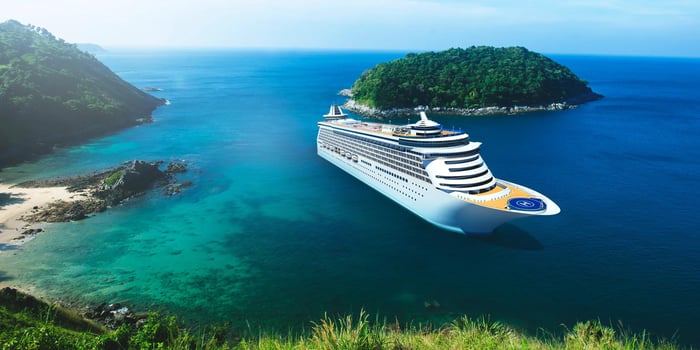 Regulators aren't giving shareholders much help. Earlier this month, the Centers for Disease Control and Prevention extended the no-sail order it issued through Sept. 30, piggybacking on the industry's voluntary suspension of sailings until mid-September. In its declaration, the CDC referred to nearly 100 COVID-19 or COVID-like outbreaks attributable to cruise ships, with almost 3,000 cases and 34 deaths.

Will cruise workers come back?

Most of the attention from investors in cruise ship stocks has centered on keeping passengers happy. Offering no-hassle cancellation policies and allowing for generous rebooking credits have helped to satisfy a core group of cruise lovers who are already loyal to their favorite ship operators. It's also preserved at least some valuable cash for the companies, reducing their need for outside financing at near-usurious interest rates.

Yet the bigger question is whether cruise operators will find workers willing to take their cruise jobs back under potentially hazardous conditions, as fellow Fool Rick Munarriz pointed out recently. Having been jobless for months, anyone who's been able to find other employment seems unlikely to come back when ships set sail. In particular, ports of call are less likely to welcome crew members, and that'll reduce demand among employees who see the chance to visit exotic destinations as a major reason to take often demanding cruise ship work.

In the end, it might take a COVID-19 vaccine for the industry to get back to normal. Unless and until that happens, shareholders in Carnival, Norwegian, and Royal Caribbean will have to get used to less-than-stellar news about their stocks' prospects.