There seems to be a flood of interest in the electric vehicle.

The tide of enthusiasm for Fisker's yet-to-be-built Ocean SUV is rising. On Thursday, the start-up electric vehicle (EV) manufacturer, which plans to go public by merging with Spartan Energy Acquisition (SPAQ), announced that more customers made reservations for the vehicles in July than in any month since January, when the Ocean was unveiled at the Consumer Electronics Show.

In total, the company has accepted reservations and deposits for 7,062 Ocean SUVs from customers in more than 30 countries. Citing interest generated on its Fisker Flexee app from 30,277 potential customers, the company said it believes that it's far from reaching the high-water mark of interest.

According to Chairman and CEO Henrik Fisher, enthusiasm for the vehicle is exceeding expectations. "We had aimed to have 5,000 reservations by the end of July, so it is really encouraging to see this level of global interest in the Fisker Ocean," he said. "Not only have we seen an acceleration in the rate of reservations but also a continued rise in the number of people registering with us for more information." 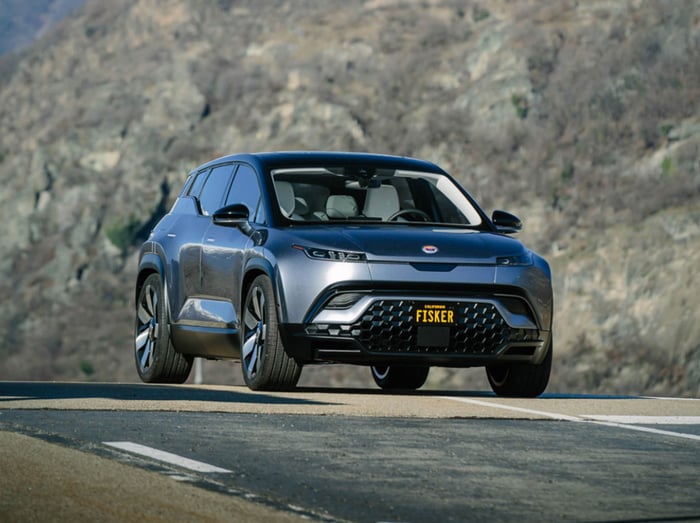 While would-be customers are putting down deposits, they won't be getting behind the wheel of an Ocean anytime soon; Fisker expects to begin production of the SUV in the fourth quarter of 2022.

In addition to revealing the number of reservations for the Ocean SUV, Fisker announced that it plans to expand its catalog to four vehicles by 2025, adding a sports sedan, a sports crossover vehicle, and a pickup truck.

Fisker's merger with Spartan Energy Acquisition may be farther down the road than previously thought. Spartan Energy recently proposed a six-month extension of the deadline for its business combination with Fisker, which would push it from August to February 2021.