If you don't have a Roth individual retirement account (IRA), you should seriously consider opening one. Roth IRAs are arguably the best thing that the U.S. Congress has done to help Americans retire since the Social Security program began.

Roth IRAs require you to pay taxes on contributions. But your money then grows tax-free. However, there's a catch with master limited partnerships (MLPs). In some cases, you could have to pay taxes on MLP stocks held in traditional or Roth IRAs. 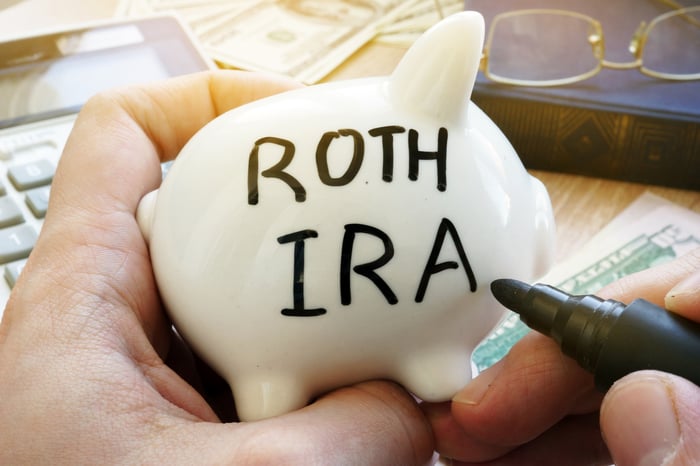 BIP recognized that its structure caused problems for some investors. That's why it gave investors a gift earlier this year by creating a new entity with BIPC.

BIPC was created through a transaction that, from both an economic and accounting perspective, was a unit split. (Since BIP is a partnership, its "shares" are referred to as units.) BIP unitholders received one share of BIPC for every nine units of BIP they owned.

But both BIP and BIPC are the same from a business standpoint. When you buy shares of BIPC, you own a portion of the same infrastructure assets that you would own if you had instead bought BIP.

Of course, BIPC isn't a good stock to buy for your Roth IRA just because it doesn't come with potential tax gotchas. The main reason to like the stock is its rock-solid business.

Around 70% of BIPC's FFO is generated by its data, energy, and utility assets. Because these assets, especially the company's utilities, tend to have regulated and/or contracted cash flows, they generate steady revenue for BIPC even during tumultuous times as we've seen this year with the COVID-19 pandemic.

Granted, BIPC isn't completely insulated from economic headwinds. Its transportation infrastructure assets, for example, experienced some business disruption due to coronavirus-related shutdowns. However, BIPC's diversification across railroads, toll roads, and ports, and the high quality of those assets help to minimize the impact on the company as a whole.

The company has referred to itself as a grow-tility -- a utility stock with growth prospects way more attractive than utilities typically offer. BIPC achieves this growth by continually reassessing its assets, selling the ones that aren't performing as well and reinvesting its cash into more-promising assets.

One other big plus

BIPC's solid business model enables it to distribute profits back to shareholders in the form of dividends. The company's dividend currently yields around 4.1%. Since 2009, its distribution has increased by a compound annual growth rate of 11%. The company expects to be able to grow its distribution by 5% to 9% annually going forward.

By owning BIPC in your Roth IRA, you won't pay taxes on these distributions. Ever. That's a big plus for this great infrastructure stock.