Please ensure Javascript is enabled for purposes of website accessibility
Log In Help Join The Motley Fool
Free Article Join Over 1 Million Premium Members And Get More In-Depth Stock Guidance and Research
By Billy Duberstein – Jul 31, 2020 at 8:33AM

Two iconic casino operators are suffering due to COVID-19 headwinds, but the third is thriving from the online sports betting boom.

The gambling industry is certainly an interesting place for investors to seek opportunity today. The casino side of the industry is in turmoil right now, as COVID-19 has changed the game for the leading players. However, if and when a COVID-19 vaccine is approved for safe use, these beaten-down stocks could surge big time.

On the other hand, the world of online gambling is thriving. While COVID-19 has taken physical gambling halls out of the equation for many, the return of live sports has made online sports gambling a perfect outlet for those looking to scratch their gambling itch.

Meanwhile, a 2018 Supreme Court decision allowed states to legalize sports betting, and 23 states have already done so, with a total of 41 expected to legalize by 2022, adding another potential growth opportunity for the industry.

In that light, here are three of the largest gambling-related stocks in the world, each of which is uniquely positioned to capitalize on a different part of the overall industry. It all depends on where you'd like to place your bet.

Las Vegas Sands (LVS -2.62%) is the largest gambling stock in the world, with a market capitalization of $34 billion and an enterprise value of $45 billion. Though "Las Vegas" is in the company name, LVS only garnered about 10% of its EBITDA (earnings before interest, taxes, depreciation and amortization) from the United States, which consists of the Venetian in Las Vegas hotel and resort and the Sands Expo and Convention Center. Nearly 60% of company profits come from Macao, China, where LVS owns five large casinos through its 70% ownership of Sands China Ltd., and the remaining 31% comes from the Marina Bay Sands resort in Singapore, opened in 2010, one of Singapore's most iconic architectural features.

Thus, the fate of Las Vegas Sands actually rests mostly on Asia, where, in general, countries have done a better job of containing the coronavirus. 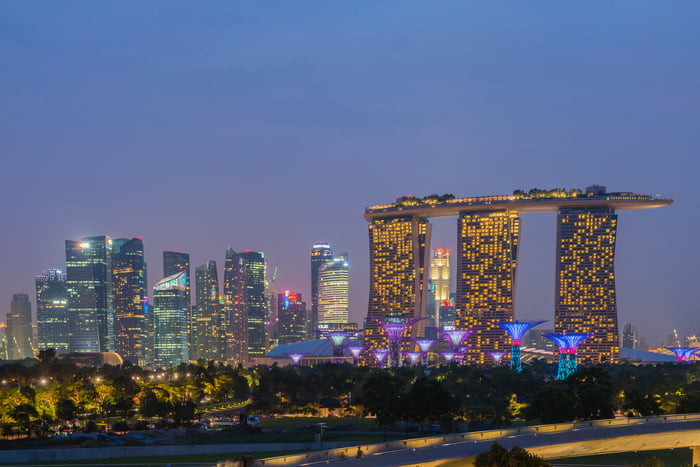 LVS recorded big losses in the second quarter, which wasn't a surprise; while Macao was open for the entire quarter, it had very low levels of tourism. Meanwhile, Las Vegas was closed for much of the quarter, reopening just on June 4, and the Marina Bay Sands in Singapore was closed from April 7 through June 30 -- almost the entire second quarter.

However, these headwinds are widely known, so investors are now looking for a potential rebound as things open back up. In its recent presentation, management noted the company has over 18 months of liquidity, even at a "zero-revenue" scenario, and has no meaningful debt maturities until 2023. LVS is also continuing its ongoing development projects, most notably a new luxury tower expansion at the Marina Bay Singapore, scheduled to open in 2023, as well as rebranding the Sands Cotai Central to "The Londoner."

While Las Vegas Sands has ironically set its sights mainly overseas, Caesars Entertainment (CZR), which models its brand name after a Roman emperor, is the largest gaming operator within the United States. That unmatched scale has come with the recent acquisition of Caesars by the formerly named Eldorado Resorts, which was just completed on July 20. The smaller Eldorado will be adopting the more prominent Caesars brand name, even though it's the acquirer, and its management will now run the combined company.

Combining Caesars' iconic Las Vegas properties and Caesars-branded casinos in other states with Eldorado's regional gambling properties yields a portfolio of 60 casino properties across many U.S. states, good for a $23 billion market cap. The merger is expected to bring several advantages. Caesars has done an excellent job of cultivating a robust rewards program totaling 55 million members, which the new company hopes to harvest for data and insights. Meanwhile, Eldorado has been a master of cost control, expanding its EBITDAR margins by 8.6 percentage points in between 2014 and 2018. The deal itself is projected to yield about $500 million in cost synergies.

It appears the company might need every bit of those cost savings, unfortunately, as the combined company will also have about $15.5 billion in debt, and COVID-19 quarantines are likely to take their toll on revenue and losses. Given that these companies agreed on the debt-fueled merger before the pandemic hit, Caesars is a risky proposition right now.

However, there was a recent glimmer of hope this week, as the Nevada Gaming Control Board released casino data for June that wasn't as bad as feared. Casinos in Nevada won 45.6% less revenue than June of last year, with the Las Vegas Strip performing the worst, but more local Reno casinos only reporting a 6.84% decline in June winnings compared to last year, and Carson Valley doing even better with just a slight 1.73% year-over-year decline. That suggests that more local casinos outside of the popular tourist destinations like Las Vegas are doing just fine in the pandemic. That could actually be great news for the new Caesars Entertainment, since the combined company is now much more exposed to local casinos throughout the country than Las Vegas.

Thus, Caesars is higher-risk than LVS, but could also have higher upside if results aren't as bad as feared this year.

Finally, Flutter Entertainment (PDYP.Y -0.24%) is nearly as large as Caesars, with a $22.8 billion market capitalization, thanks to its strength in the burgeoning world of online gaming. Flutter is an Ireland-based company, but U.S. investors might know it as the owner of the popular fantasy sports and now sports betting app FanDuel, which Flutter acquired in 2018.

However, Flutter just recently completed its massive all-stock merger with The Stars Group on May 5, acquiring with it Poker Stars; SkyBet, an online gaming site in the U.K.; BetEasy, another Australian online betting brand; and FoxBet in the U.S., which brings with it an important association with Fox Sports and the benefits of that well-known sports TV brand. 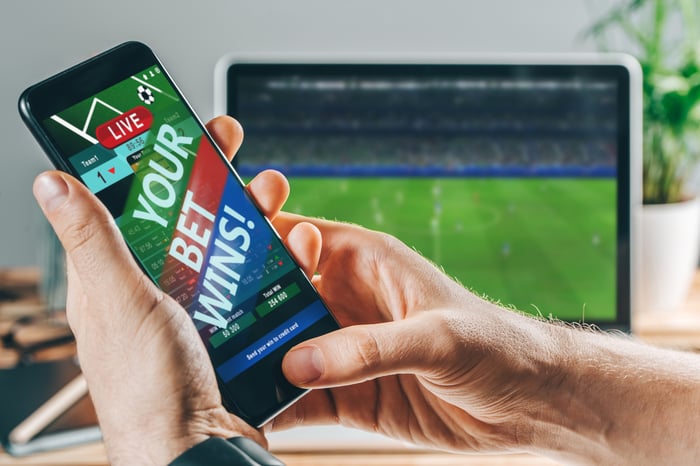 The combined company is targeting 140 euros in deal synergies, but the real excitement for the two companies will come from its massive scale in online gaming, which is taking market share from traditional gambling for obvious reasons. Around 85% of the combined company's revenue will come from either online sports betting, online gaming, or online poker. According to management, online gaming has grown at a 10% annualized growth rate for the five years through 2019, yet still only has a 12% share of total gambling spend globally.

Certainly, online gaming appears to be a good segment to be in these days with the pandemic still raging, and, unlike its brick-and-mortar casino rivals, Flutter shares are up an impressive 28.4% on the year.

For believers in the future of this consumer discretionary sector, the three largest companies each have something to offer; Las Vegas Sands brings big exposure to China, Caesars brings with it a deep-value turnaround opportunity in local U.S. markets, and Flutter offers global exposure to the secular trend toward online gambling.