One of this month's hottest IPOs is Lemonade (LMND -1.29%). The new offering's name may strike nostalgic notes of a timeless old-fashioned beverage, but it's actually a high-tech platform that's disrupting the insurance industry. Lemonade's customers are young, and the same is likely true when it comes to its investors.

Baby boomers aren't technophobes, and they probably grasp the concept of insurance better than younger generations. However, Lemonade's disruptive approach to the industry, peculiar business model, and ultimately its rich valuation is going to scare a lot of -- but obviously not all -- older investors away. Let's take a look at the reasons why baby boomers aren't connecting with Lemonade as a product or an investment. 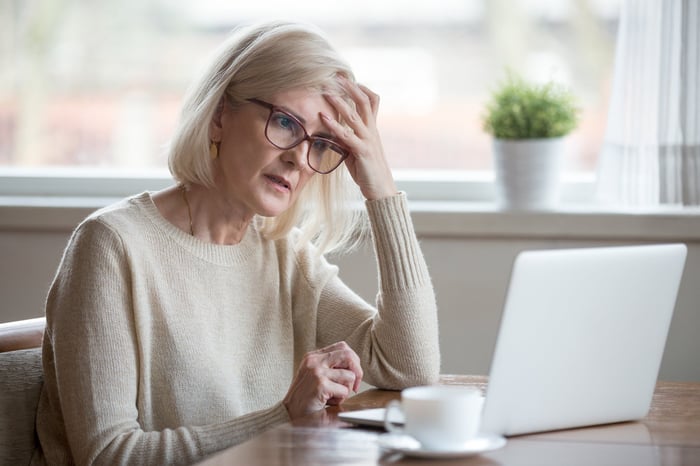 There's no in-person pitch when you're looking to have your purchased or rented home covered for liabilities through Lemonade. A roughly two-minute interaction with Maya -- an artificial intelligence chatbot available on Lemonade's website or smartphone app -- is all it takes to get you squared away with a quote for renters or homeowners insurance. Claims are initially, and sometimes completely, handled by Jim, a different AI chatbot.

Lemonade is lean. It's also altruistic. It leans on reinsurers to handle the 75% of the premiums it doesn't keep. Third-party reinsurers take on the risk of claims. Anything left over from that 75% is donated to charities that members get to choose. The charitable angle may seem odd at first, but Lemonade believes that the practice keeps claim embellishments in check.

It's a unique approach. This model predicated on behavioral economics is proving magnetic to young consumers who have often never dabbled in property insurance. It has seen its customer base nearly double to 729,325 over the past year, and 70% of those customers are 35 or younger. A whopping 90% of its customers aren't switching over from another carrier.

This isn't a big business for now. A lot of young adults rent before they purchase a property, and that amounts to renter policies that average just $150 a year. However, since launching in 2017 Lemonade is seeing a growing percentage of its initial customers graduate into pricier homeowner policies (averaging $900 a year). Grabbing insurers earlier in their life cycle -- no offense to the baby boomers -- can lead to a lifetime of new product rollouts. Lemonade has gone on to add pet health insurance to its product portfolio, and it's just a matter of time before auto, term life, and other insurance categories become part of the Lemonade ecosystem.

The stock isn't cheap. It went public at $29 less than a month ago, more than doubling on its first day of trading. Lemonade stock is trading 125% higher as of Thursday's close. A $3.5 billion market cap for an insurance company with a high-tech bent with just $82.5 million in trailing revenue is going to make value investors cringe, and the multiple will only improve slightly when Lemonade reports quarterly results for the first time as a public company in two weeks. Lemonade also isn't profitable at this stage of its growth cycle.

Baby boomers might be right to avoid IPOs in general. There are plenty of debutante duds even in a bull market. However, when it comes to Lemonade in particular it's an intriguing stock disrupting a previously ho-hum industry. It's hard to bet against that.