One day after the company reported second-quarter 2020 financial results, shares of Resolute Forest Products (NYSE:RFP) are down 12.5% in 1:10 p.m. EDT trading. But was Resolute's news as bad as all that?

Investors selling the stock today certainly think so. According to analysts, Resolute was "supposed" to report a $0.30 per share loss yesterday, on sales of $628 million. As it turned out, Resolute's loss was less than predicted -- only $0.25 per share -- but sales fell well short of consensus estimates at just $612 million. 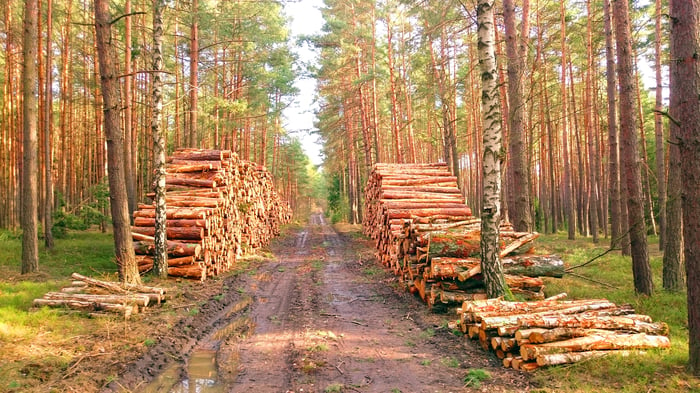 And yet, while sales did disappoint, falling 19% year over year, and while pro forma losses were steep, when you calculate the numbers according to generally accepted accounting principles (GAAP), it turns out that Resolute was actually profitable for the quarter, earning $0.07 per share.

CEO Yves Laflamme blamed "the COVID-19 pandemic and ensuing economic slowdown" for Resolute's somewhat less-than-sturdy results. Nevertheless, the CEO highlighted Resolute's success in paying down its debt load by $191 million during the quarter.

Looking ahead, Resolute's leadership thinks it will "gain momentum in the coming quarters," citing the lumber market as "a bright spot" in which things are looking better now than they did at the height of the pandemic in April. Management gave no specific guidance regarding sales and profits, but while analysts believe the company will end up losing money this year, losses are expected to moderate as we head into 2021.