First, I didn't see a moat. Then it was too expensive. Here's my mistake.

It's easy to fool yourself and say, "Of course I did." But go back and take a look, via a journal or by simply monitoring your internet usage. Was Zoom even on your radar? Don't be ashamed if it wasn't. On January 1, the word "Zoom" had an interest level of 4 (out of 100) on Google Trends. By April 1, it was all the way up to 100. In other words, it increased 25 times!

At least that gives you an excuse for not investing in the growth stock back in January before its big run higher this year. I don't have such an excuse. I've long been bearish on Zoom Video. But that's about to change. Despite shares tripling this year, I'll soon be buying some. Here's why. 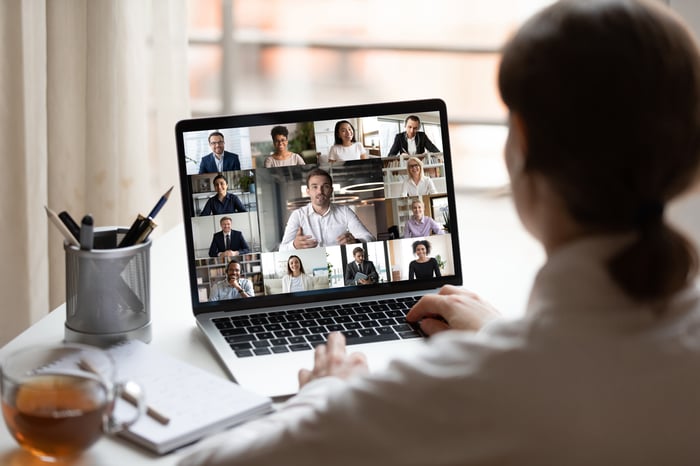 What was I thinking?

At first, it seemed like a ridiculous stock to get excited about. Sure, making a great video app is valuable, but how hard is that? If Alphabet's Google wanted to make a competing product (it has one!), it could throw some of its $100 billion+ war chest at it. So could Microsoft, which also has Skype under its wing.

In short, I thought Zoom's moat was mighty narrow. As more and more companies started to value high-quality video meetings, the interest from tech giants would probably crush Zoom.

But then, I decided to dig a little deeper. After going through the prospectus and the first few quarters of results, I was thoroughly impressed with what I found. A dollar-based net retention rate of 138% was amazing. That meant Zoom was not only holding on to its customers; it was getting them to spend roughly 40% more on Zoom every year.

That's evidence of high switching costs. That's a real moat. Combine that with the network effects that come with Zoom (the more of your company using Zoom, the more likely the entire company needs to use it), and you've got a serious competitive advantage.

So why did I pass? This quote from an article of mine holds the answer: "There is a line past which something is simply too expensive to buy." At the time, when Zoom was trading for nearly 70 times sales, I thought it was appropriate to pass.

In the past, I've said that when a company has a wide moat and optionality (more on that in a second), I don't care about valuation. Clearly, making an exception to this rule for Zoom has not worked out favorably for me.

Recently, I decided it was time to run Zoom through my antifragile framework. It scored phenomenally well -- so high that I am forced to ask myself, "Why in the world don't I own this stock?"

Why did it score so well?

The narrative shift in my head

If all those bullet points aren't enough to convince you, I'll tell you how my own narrative around the company has changed.

Don't believe me? Here's the number of customers Zoom has with at least 10 employees over time. 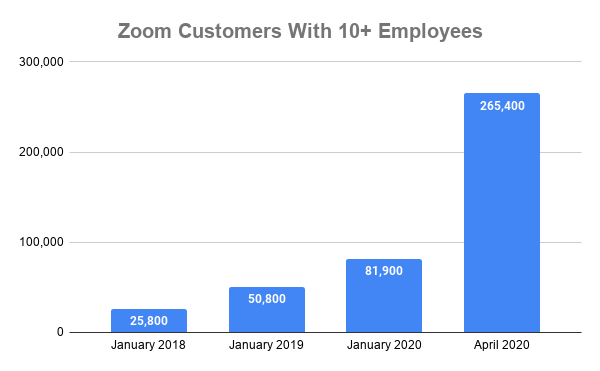 This type of growth is mind-boggling. And I don't think we're done yet. Yes, face-to-face meetings still have a place and will return. But a more hybrid model that includes remote work is here to stay. It's cheaper; it's more convenient for families; it's better for the environment; it taxes our infrastructure less.

Some may say the stock is too expensive. Don't count me among that choir. When Motley Fool trading rules allow, the stock will be entering my own personal portfolio.

Will Zoom Stock Keep Falling in 2023?