Please ensure Javascript is enabled for purposes of website accessibility
Log In Help Join The Motley Fool
Free Article Join Over 1 Million Premium Members And Get More In-Depth Stock Guidance and Research
By Brian Stoffel - Updated Apr 26, 2019 at 10:56AM

An 18-bagger in less than two years? Here's how.

Let's put that into perspective. Zoom is a recent IPO. If it had been public the whole time, that would equate to the stock increasing 20% every month. And here's the real kicker: This isn't just market insanity. Zoom is a high-quality company. How high quality? Let's investigate. 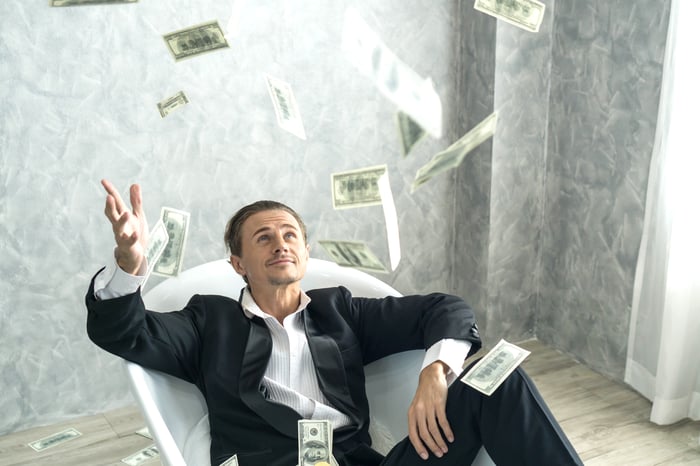 As an investor, I almost never quibble about valuation when three things are present: financial fortitude, management with skin in the game, and a business that combines optionality (I'll explain what that means below) with a wide moat.

After raising money in its IPO, Zoom is on solid financial footing. The company could have as much as $524 million in cash and investments after the offering versus absolutely no long-term debt.

Both of these facts -- a sizable war chest and positive cash flows -- mean Zoom has lots of flexibility. Should an economic downturn occur, it would be on solid financial footing. And no matter the economic climate, it has flexibility to take advantage of opportunities when they arise.

I love investing in founder-led companies -- especially when management has lots of skin in the game and a workforce that raves about their employer.

Founders often view their companies as representations of their life's work, and they are intrinsically motivated to build something of lasting value. When their management team is also financially motivated via share ownership to create value, that doesn't hurt.

On all three of these points, Zoom qualifies as a company at which there's lots of skin in the game:

In short, when the people making things happen at Zoom "win," then shareholders -- via stock-price appreciation -- will win, too.

Finally, we have the barbell technique. This is an idea first introduced to me by the works of Nassim Taleb. The idea is simple: A company should devote about 85% of its time and resources to reliable revenue streams protected by a wide moat. With the other 15%, it should pursue high-risk, high-reward opportunities.

This way, the damage from those opportunities not panning out is minimal -- while the benefits of success are outsized. In effect, this is what the aforementioned "optionality" means: multiple ways to grow the business in fulfilling the company's ultimate mission.

There's no better way to measure the success of Zoom's barbell technique than its net dollar expansion rate (NDER). This tallies all the customers that paid subscription revenue in Year One and compares it to how much the same cohort paid in Year Two. By filtering out the role of new customers, we can see:

Zoom only started reporting NDER three quarters ago, but it has clocked in at more than 138% every quarter, representing a very well-functioning barbell technique.

Insane valuation: An exception to my rule

So, given that I'm willing to invest in just about anything growing this fast, what's my problem?

It turns out there is a line past which something is simply too expensive to buy. While the stock has gone down a bit since its all-time highs, let's examine the case just a few days back, on April 23's close:

But, it could reasonably be argued, those two numbers are misleadingly high, as the company has only just started to become profitable/free-cash-flow positive. Even small improvements in either metric would quickly change these ratios.

That's a fair point. So let's look at Zoom versus some of the other "high-priced" SaaS stocks that I own. These five -- obviously not including Zoom -- make up one-quarter of my real-life portfolio.

To put this in plain English: Many investors already consider these high-flying SaaS stocks to be expensive. Zoom is between two and a half and three times more expensive than they are!

This makes me think investors getting in now might find themselves in a position similar to those who bought Microsoft back in 2000.

Why is there such a divide? Because Microsoft was selling for almost 32 times sales back then. Today, it sits at around 8.5 times sales. You can do the math.

And so I think investors who like Zoom would be better off waiting for better value points. At the very least, if you feel you must own some, I suggest buying a small starter position and adding to it as time goes on. And, as I'm predicting, the stock should give you better and better entry points.