Ferrari trades at a sky-high valuation, but should savvy investors still buy?

Many investors view the automotive industry as highly competitive and highly capital intensive, which can make the industry unattractive. But if investors simply write off the industry for those reasons, you could miss gems such as Ferrari (RACE 2.14%) and Tesla (TSLA 1.05%), which have convinced investors they deserve to be valued not as car makers, but as an ultra-luxury producer and a technology company, respectively. Looking at Ferrari specifically, which Morningstar calls "significantly overvalued" trading at a 59% premium to its price target, is the Italian automaker a buy right now? You might be surprised at the answer.

If you're wondering why Ferrari has broken away from the lower valuations of most automakers, one only needs to look at its margin performance compared to peers.

Ferrari boasts margins most automakers can only dream of, and the margins continue to trend higher. Investors aren't only drawn to the automaker's lofty margins -- they're drawn to a number of additional competitive advantages.

Why Ferrari is winning

One such advantage is Ferrari's brand image and pricing power. While any executive would surely love to copy Ferrari's playbook, the truth is that you don't create a prestigious brand image overnight. The Formula 1 racer has built that image over decades of advanced technology and a rich history of dominating the racing competition, and that racing image has helped support ultra-luxury exotic sports car prices. In fact, according to Morningstar, over the past 15 years average revenue growth checked in at 8.1% compared to a 5% average growth in sales volume -- suggesting strong, and durable, pricing power.

Investors are also drawn to Ferrari because it is more resistant to economic downturns. To put it bluntly, Ferrari's target consumer is of very high wealth and is more resistant to changing purchasing patterns during downturns compared to consumers of traditional automakers. Furthermore, while most automakers are largely concerned with gaining market share and increasing sales, Ferrari has the opposite concern. In fact, investors were initially skeptical of Ferrari as an investment, as the company was known to keep a lid on sales volume so that it could retain its exclusive image and support pricing power. 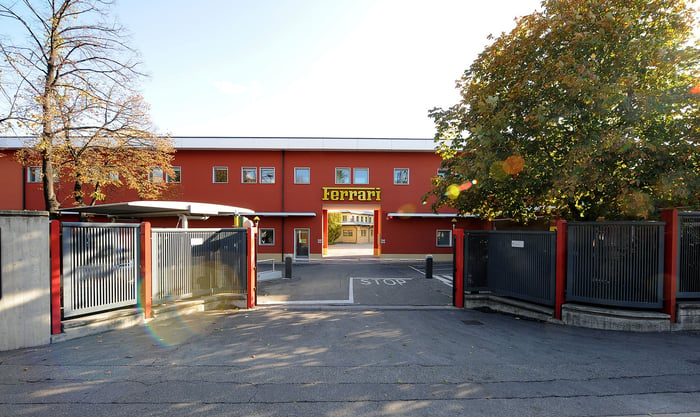 How Ferrari can keep winning

Now that you better understand why Ferrari has been winning, the question is: Can the automaker keep winning? If Ferrari can capitalize on two key trends, there could be plenty of upside down the road. First, it's difficult to believe that while mainstream automakers have long relied heavily on large SUVs and trucks to drive higher profitability, Ferrari will unleash its first-ever SUV when the 2022 Purosangue hits the pavement. This will be a fascinating development for investors, as it could open up the doors to a new market segment. And if the ultra-luxury SUV market -- the Purosangue is estimated to start at $350,000 -- is more lucrative compared to the sports car market, it could be an even bigger win for the bottom line.

Second, many investors overlook how much upside Ferrari still has in the surging Chinese luxury vehicle market. With China's large luxury vehicle market flourishing in recent years, the additional volume and demand enables an automaker such as Ferrari to expand its volume more than it would normally without diluting its brand. Furthermore, RBC Capital analyst Tom Narayan believes that Ferrari has the capacity to produce 15,000 units annually, up from around 10,000 units currently, at "little incremental cost," which could send the automaker's margins even higher in the years ahead.

Is Ferrari a buy?

There is a long list of reasons to like Ferrari and its stock, and we've only scratched the surface. That long list of reasons to buy and hold Ferrari is also why its consensus forward price-to-earnings ratio is a staggeringly high 52 times. Investors wise beyond their years are able to buy solid companies that own proven competitive advantages, regardless of the valuation. If that's how you invest, Ferrari is certainly a buy today, even at a lofty valuation. If you feel the need to buy at a cheaper valuation, that's understandable -- but realize that might be a difficult task, and you might be waiting a while.