Please ensure Javascript is enabled for purposes of website accessibility
Log In Help Join The Motley Fool
Free Article Join Over 1 Million Premium Members And Get More In-Depth Stock Guidance and Research
By Reuben Gregg Brewer – Aug 6, 2020 at 10:24AM

The copper miner's shares saw a quick rise followed by a slight drop from their monthly highs.

Shares of copper miner Freeport-McMoRan (FCX 0.73%) gained roughly 11% in July, according to data from S&P Global Market Intelligence. That advance, however, wasn't a straight line. The shares were up by nearly 18% at one point in the middle of the month, but then pulled back in the back half of the period, which makes complete sense when you step back and look at the big picture.

Freeport-McMoRan reported earnings in late July. The story was pretty good, all things considered. The miner posted earnings of roughly $0.03 per share in the second quarter, compared from a loss of $0.05 per share in the same period of 2019. It also highlighted that it was doing OK managing its business through the COVID-19 pandemic. Copper production and pricing were lower year over year, but gold production and pricing were both higher. Add those trends to cost-containment efforts, and the overall results were decent. 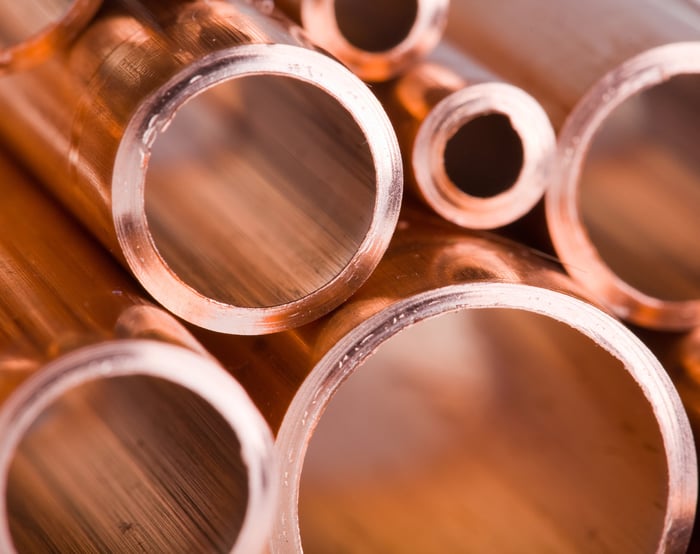 The thing is, at its core, Freeport-McMoRan is a miner, and its primary product is copper. Thus, in normal times, the stock tends to track along with the price of that industrial metal. So with the business basically operating fairly well, July's stock performance was pretty much what you would expect. Indeed, copper prices rose sharply at the start of the month, as did Freeport-McMoRan's shares. Copper then pulled back a little in the second half of July, and the stock followed suit.

Compared to the volatility caused by COVID-19, which resulted in Freeport-McMoRan's shares falling roughly 60% at one point earlier in the year, July was a pretty boring month. The fact that the stock basically tracked copper's performance was exactly what investors would hope to see. Down just 1.5% or so through the first seven months of 2020, Freeport-McMoRan is no more out of the COVID-19 shadow than any other company. But at least for now, things appear to be more normal than they were earlier in the year.