Should it be any surprise that the hydrogen-electric vehicle upstart's shares are volatile?

Nikola's shares fell Wednesday after investors found a number of reasons to be displeased with the company's earnings report. For some, it was the company's mere $36,000 in revenue; others were disappointed by a lack of new announcements about future vehicle production. But the reality is that little has changed for Nikola, which is still a pre-revenue start-up in the high-growth hydrogen-electric vehicle market. 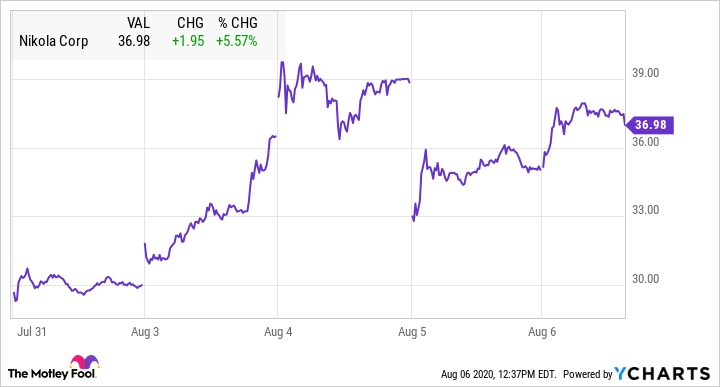 Nikola's stock chart may actually tell us more about the moves happening Thursday. Traders who were selling the earnings news on Wednesday have lost out to the traders who were pushing the stock higher earlier this week; the share price is now much closer to where it closed on Tuesday. 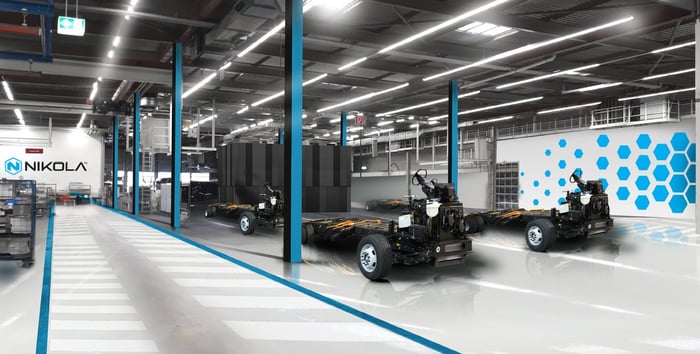 Nikola's share price volatility isn't particularly surprising for such an early-stage company. It's more of a start-up than it is a real manufacturer, and while it has a lot of potential, the company has much to do if it's going to execute on scale-up plans that would let it reach the production stage by late 2021. Investors should expect more volatility ahead, even on days like this one, where there's no fresh news out about the company.