Please ensure Javascript is enabled for purposes of website accessibility
Log In Help Join The Motley Fool
Free Article Join Over 1 Million Premium Members And Get More In-Depth Stock Guidance and Research
By Dan Caplinger - Aug 7, 2020 at 6:04AM

A look at history is useful for some insight.

Apple (AAPL 2.45%) has become a colossus in the tech industry. The popularity of its iPhones, Mac computers, iPads, Apple Watches, and other devices has remained strong for years, and customers are willing to pay premium prices to join the Apple ecosystem.

News that Apple had decided to split its stock for the first time in six years brought a new wave of interest in the tech giant's shares. Now, some investors who've long considered buying Apple are asking a simple question: Should they go ahead and buy the shares now or wait until after the stock split happens? Let's look at what history says. 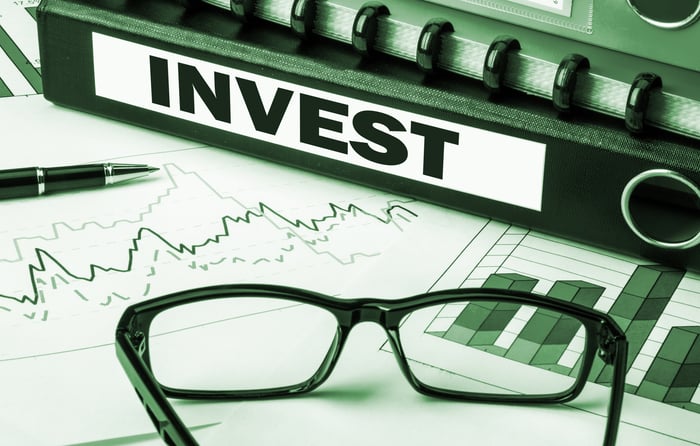 How shareholders have fared with previous Apple splits

Apple has split its stock several times in the past. In general, investors have taken the news positively, reflecting optimism about the overall market and Apple's particular growth prospects.

In 2014, Apple announced plans to do a 7-for-1 stock split. Investors had roughly six weeks to consider whether they wanted to buy Apple shares prior to the split or wait until after it became effective.

What happened six years ago was that Apple's stock price climbed steadily in the weeks leading up to the split. After it happened, there was a brief but significant push higher in the share price. However, after a few days, that trend reversed itself, and the stock briefly eased lower before resuming its general upward trend.

When you look back further, you see similar trends. In early 2005, Apple decided to do a more conventional 2-for-1 stock split. The stock really started to pick up steam in the weeks leading up to the stock split, and there was a brief push higher immediately following the effective date of the move. For a couple of weeks after the split, Apple shares sagged, but then they started moving higher again.

Things didn't always work out that way with Apple splits, but then, markets aren't always in the same place more broadly. In mid-2000, Apple did a 2-for-1 stock split, but the stock market had begun to slip into the bear market pullback following the internet stock boom. Apple's share-price appreciation prior to the split was more muted, and lasting gains proved more elusive as the tech giant generally followed the broader market's downward trend.

Why it shouldn't matter

Of course, from a theoretical standpoint, it shouldn't matter when you buy Apple shares in relation to a stock split. The split itself has no intrinsic impact on the company whatsoever. After the split, you'll own four times as many shares worth roughly one-quarter the price of the pre-split stock.

Nevertheless, investors in most stocks react favorably to news of an impending stock split. Implicit in a company's decision to do a split is the idea that the business is on a firm footing and likely to hang onto the share-price gains it's earned in the past. Moreover, most splits come after a protracted period of strong performance, so a split announcement adds to existing upward momentum.

Buying a stock before it splits requires a bit of extra accounting. If you pay $440 per share for Apple stock pre-split, you need to note in your records that after the split happens, you'll have four times as much stock with a cost basis of $110 per post-split share. Fail to account for that properly, and you might underreport capital gains in the future -- and potentially get yourself in trouble with the IRS. Fortunately, brokers should handle most of this work for you.

In addition, if you have only a small amount to invest and your broker doesn't offer fractional-share investing, then you might need to wait until after the split in order to afford a full share. Indeed, it's that additional investor access that Apple cited as its primary reason for making the move in the first place.

Don't stress about it

Like any other market-timing decision, whether you buy Apple stock now or a month from now won't make a huge difference in your long-term returns. If you like Apple's prospects for the next 10 or 20 years, it'll be insignificant whether you paid a dollar more or a dollar less per share. Those who bought Apple stock back in the 2000s certainly don't care too much whether they paid a split-adjusted $3 per share or $4 per share for a stock worth well over $400 right now.

The key to investing is buying shares when you can. Whether that's before or after Apple splits, it should work out well if Apple maintains its dominance over the tech industry.