Weekly unemployment claims may have declined, but jobless workers are still desperate for relief.

The COVID-19 outbreak has spurred an unprecedented unemployment crisis that's left millions of Americans out of a job. Initially, it seemed as though things were going to get better during the summer as the economy opened back up, but then in mid-to-late July, weekly jobless claims rose for two weeks in a row.

Thankfully, August brought some better news: New unemployment claims totaled 1.86 million this past week, which is actually the lowest number, on a weekly basis, since the start of the pandemic. The last time weekly claims were that low was back in mid-March, when the U.S. was only first starting to understand what impact COVID-19 would ultimately have. 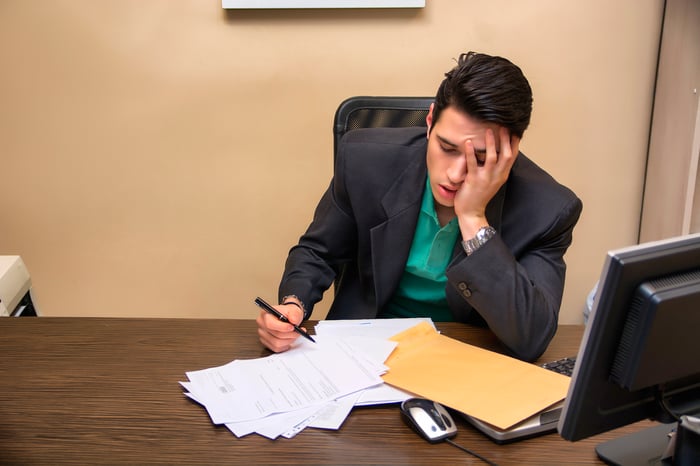 Good news at a good time

The fact that weekly jobless claims have declined a bit is a good thing, given that workers on unemployment are now collecting less money than before. In March, the CARES Act was passed, which called for a $600 weekly boost to unemployment.

Lawmakers have been working on a second stimulus deal to provide added relief during the ongoing COVID-19 crisis. But they've struggled to come to terms on a package, and boosted unemployment has been a major sticking point. While Democratic lawmakers have insisted from the start that the $600 weekly boost needs to be upheld through early 2021, Republican lawmakers proposed a smaller $200 weekly boost, with the goal of eventually replacing 70% of unemployed workers' missing paychecks.

Republicans were initially opposed to maintaining the $600 weekly boost for a few key reasons. First, they felt that as the economy opened up, more jobs would be created, thereby making that raise less necessary. Secondly, they felt that keeping that $600 boost in play would disincentivize workers earning more on unemployment to return to their jobs. But despite a decline in weekly jobless claims, U.S. unemployment is still extremely high, and it's clear that workers need ongoing relief.

Though COVID-19 cases have plateaued in some states, the outbreak is still concerning, not just from a health perspective, but an economic one, as well. If states are forced to impose added restrictions in an effort to curb the spread of COVID-19, we could easily see weekly jobless claims rise in the coming weeks.

Putting more money into unemployed workers' hands isn't just important for those struggling with income loss -- it's also essential to helping the economy dig out of its current recession. It's too soon to tell how weekly jobless claims will trend in the coming weeks, and while we can hope for a steady decline along the lines of what we saw this past week, we certainly can't count on that happening.