Shares of content delivery network (CDN) operator Fastly (NYSE:FSLY) fell as much as 10.7% on Friday morning, following an 18% drop on Thursday. While yesterday's decline stemmed from investors taking some profits off the table after another impressive earnings report, Friday's price cut was the result of the Trump administration threatening to shut down social video service TikTok, which is Fastly's largest customer.

President Donald Trump's 176th and 177th executive orders declared that social media service WeChat and short-form video-sharing platform TikTok are threats to national security because of their deep access to user information and tight ties to the Chinese government. WeChat owner Tencent and TikTok operator ByteDance were ordered to shut down their services in America in 45 days, unless they found American buyers for these assets before Sept. 20, 2020.

Fastly investors are taking these executive orders like a slap in the face, because TikTok is the company's largest customer. According to management comments from Fastly's second-quarter earnings call, TikTok traffic accounted for 12% of the company's total sales in the first six months of 2020, and half of that revenue stream came from TikTok's American service. Therefore, roughly 6% of Fastly's revenue is at risk here. 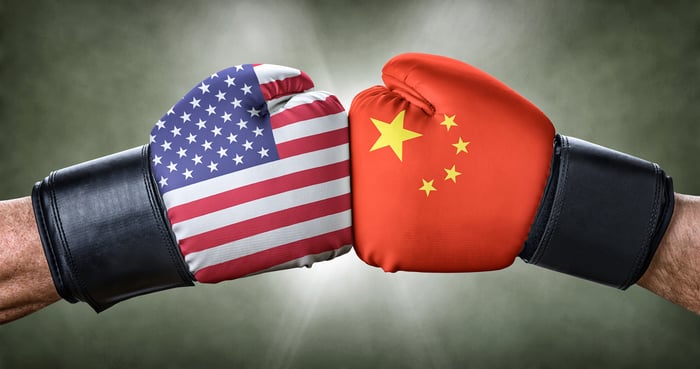 Fastly can dodge the TikTok bullet in several ways, though all of them look difficult for various reasons.

So the executive order stands a reasonable chance to actually take effect, and TikTok may be unable to find an American buyer in time to avert the shutdown. Even in the worst-case scenario, I would argue that a direct threat to 6% of Fastly's revenue shouldn't trigger a stock drop nearly twice as large. This really looks like a great time to buy Fastly.