Cystic fibrosis (CF) is a life-threatening genetic disorder that causes mucus to accumulate in the lungs, digestive system, and other organs in the body, resulting in severe damage. There is no cure for this condition, which affects more than 68,000 people in the U.S. and E.U., but it is treatable.

One biotech that has been rapidly gaining traction in treating CF is Vertex Pharmaceuticals (NASDAQ:VRTX) and its drug Trikafta. Since its approval by the U.S. Food and Drug Administration last October, Trikafta has generated more than $1.3 billion in revenue.

At the same time, the company's shares have returned 24% year to date. While some investors may feel they missed out on the biotech's remarkable rally, I think the stock's momentum is just beginning. Let's take a look at why. 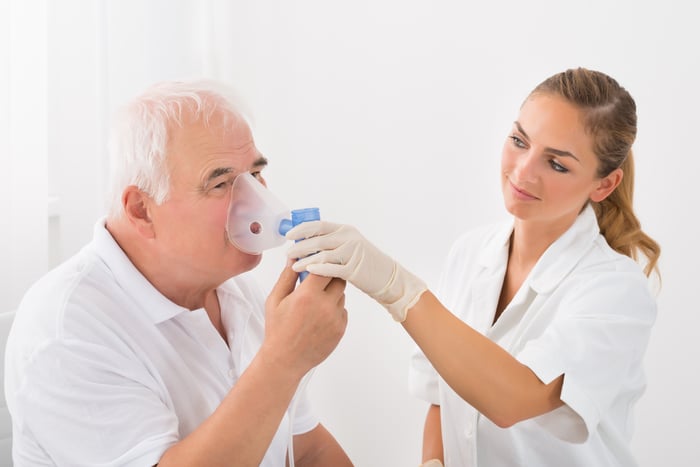 Trikafta is a triple combination drug that treats CF by improving the lung function of patients who have a key genetic mutation. In the second quarter of 2020, sales of Trikafta amounted to $918 million -- an incredible growth over the $420 million it generated in all of 2019. Trikafta is now the locomotive leading Vertex Pharmaceuticals's revenue to record levels. During the quarter, the company generated $1.5 billion in sales and $874 million in operating income, representing 62% and 116% growth compared with the same period last year, respectively.

While the company's bottom line accelerated, its margins also improved drastically. Operating margin hit 57% in Q2 2020, compared with 44% in Q2 2019. With its key metrics surpassing expectations, Vertex Pharmaceuticals is now guiding for $5.7 billion to $5.9 billion in revenue for 2020, a notable increase from the $4 billion in sales it generated last year.

Much of the strong demand for Trikafta undoubtedly comes from the company's dedication to investing in research and development. Each quarter, Vertex Pharmaceuticals spends approximately $421 million of its revenue on pipeline innovation. Indeed, the company is now seeking the approval of Trikafta in the E.U. and expanding the drug's label to treat pediatric patients in the U.S. Both actions will further the company's ability to address an unmet medical need in a vast patient market.

With these superb results, it is no surprise that shares of Vertex Pharmaceuticals are in high demand. The biotech company currently has a market capitalization of $71.2 billion. However, it is important to consider that Vertex Pharmaceuticals has $5.5 billion in cash and no debt. Hence, the true value of the company's enterprise is $65.7 billion.

When we look at the company's enterprise value compared with sales and net income, Vertex is trading at 11 times revenue and 26 times adjusted earnings per share. While that may seem expensive, please keep in mind that investors will be getting a lot for their money

Sometimes it's better to buy an excellent company for a premium than to consider a troubled company trading at a discount. With 45% year-over-year revenue growth and earnings-per-share growth of more than 100%, I think Vertex Pharmaceuticals' stock premium is more than justifiable. I believe the company's potential aligns perfectly with healthcare investors who are looking to buy high -- and sell even higher.