This big pharma's coronavirus work and solid portfolio of blockbusters suggest its future is bright.

Clinical-stage biotech companies have hogged the limelight since the earliest days of the coronavirus vaccine race. Moderna (MRNA 3.15%), for example, grabbed everyone's attention when its vaccine candidate became the first to enter human trials in March. And then, a month later, a big pharma company made an important move -- one that launched it center stage.

On April 30, AstraZeneca (AZN 0.42%) announced its collaboration with the University of Oxford on the development and distribution of a vaccine candidate for COVID-19, the illness caused by the novel coronavirus. Researchers at Oxford had already been working on the potential vaccine and moved it into human testing when the partnership began. Now, some investors are wondering if AstraZeneca's position in the vaccine race may result in the triple-digit gains enjoyed by other biotech stocks this year -- like Moderna's 279% increase -- and possibly render AstraZeneca a millionaire-maker stock. Let's take a closer look. 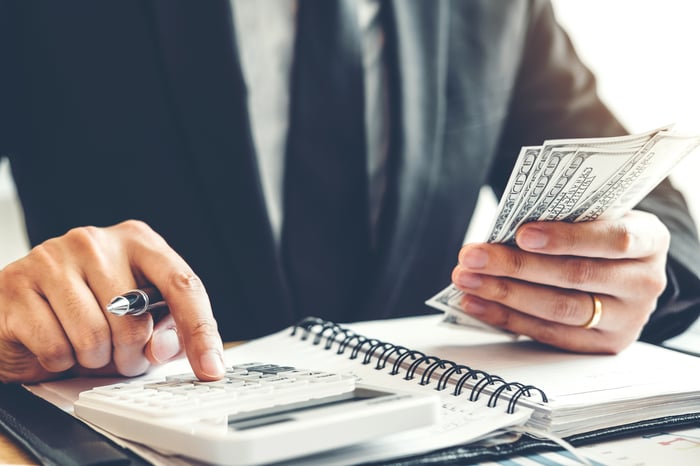 AstraZeneca started the coronavirus vaccine race later than others. But thanks to the Oxford researchers' progress, the pharma company is now among the leaders from a timeline and data quality perspective. AstraZeneca is currently testing its candidate in a phase 3 study with 2,000 participants. Interim results from the earlier phases were positive. They showed that all participants who received two doses of the vaccine produced antibodies with the potential to neutralize the virus.

While its progress is indisputable, AstraZeneca's shares haven't been extremely reactive to coronavirus vaccine news, in part because of its large size. Since the Oxford partnership announcement, its shares gained 7.2%. Before digging into share price gains, let's take a look at the rest of the company's work.

AstraZeneca has 166 programs in the pipeline and boasts nine blockbuster drugs as oncological, cardiovascular, renal, metabolic, and respiratory therapies. In the first half of 2020, AstraZeneca reported growth in all of these areas. Revenue of the company's top-selling drug, Tagrisso, for advanced non-small cell lung cancer, climbed a staggering 43% in the half to more than $2 billion.

Of AstraZeneca's 10 best-selling drugs, seven posted sales gains in the double digits for the first half. The results confirm what investors saw from AstraZeneca's annual performance. For the full year 2019, total revenue climbed 10% to $24 billion, and AstraZeneca reported double-digit revenue gains for half of the company's top sellers. These gains come in the face of generic competition, which has hurt sales of older drugs such as cholesterol blockbuster Crestor in recent years.

Now, part of AstraZeneca's strategy is to generate revenue from its new medicines instead of relying on older products with slowing sales growth that have an increasing number of competitors. The plan is working. In the first half of 2020, new medicines accounted for half of total revenue, up from 40% in the year-earlier period. It's reasonable to expect annual revenue to continue the upward trend started last year if new medicines keep performing well. New indications for current drugs should also further support gains; AstraZeneca is planning about eight regulatory submissions for the second half and expects about a dozen regulatory decisions.

AstraZeneca has recouped its market crash losses, gaining 49% since its lowest point in March. The stock is now up 12% so far this year. Shares have managed to climb over the past five years despite a few revenue stumbles, as older drugs like Crestor faced generic competition and newer drugs like Tagrisso had to pick up the slack. With revenue prospects  much better these days, I'm optimistic about future share performance.

Could AstraZeneca make you a millionaire?

So, is AstraZeneca a millionaire-maker? Not in the same way as Moderna and shares of other clinical stage biotech companies that have skyrocketed this year. AstraZeneca, with a market value of $147 billion, can't double or triple in value as easily as a smaller player. Moderna, for instance, started the year with a market value of only $6 billion that has since grown to $27 billion.

While AstraZeneca may not offer the rapid share growth of some clinical stage biotech companies, it offers two things they don't: dividend payments and a consistently marketed line of products. AstraZeneca currently pays a dividend that totals $1.40 annually. Though the company hasn't increased the payment in recent years, it has consistently paid a dividend for more than 25 years. Dividends and revenue from popular products make AstraZeneca a safer bet than companies whose near-term revenue prospects may uniquely rely on the outcome of the coronavirus vaccine program. Considering those factors, long-term investors who believe in the pharmaceutical company today may reap the rewards in years to come.

Is This Monster Stock on the Verge of a Home Run?
358%