This guy lived to age 109, and was a respected investor for most of that time. Here's what he recommends.

If you don't know the name Irving Kahn, you'd do well to spend a few minutes learning about him, as his life and words offer some great investment guidance for us all. Here's a fun fact: He foresaw the 1929 stock market crash, and was one of the few who managed to profit from it.

Kahn died in 2014 -- at the age of 109. Like super investor Warren Buffett, Kahn was a follower of the value-investing tenets of Benjamin Graham. 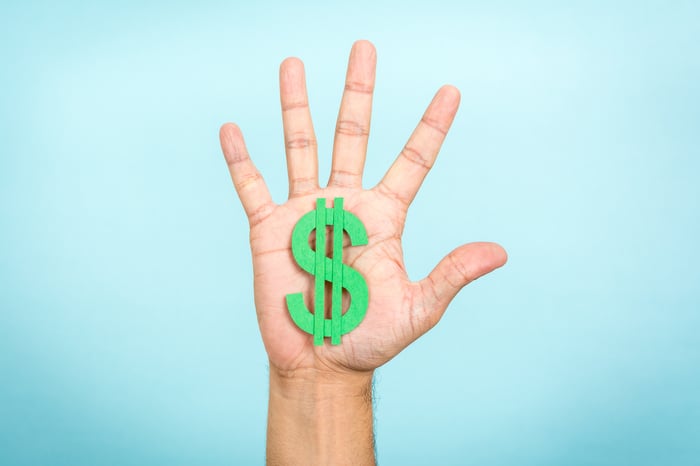 Here are five investing tips from Mr. Kahn that can make us all better investors.

Irving Kahn was a contrarian, purposely aiming to go against the grain when investing. (Contrarianism is also espoused by Buffett, who has famously advised investors to be fearful when others are greedy and greedy when others are fearful.) Kahn's son Alan, who worked with his father, quipped in a 1995 interview, "If we buy something which is generally well thought of by the Street and popular, then we're probably doing something wrong."

It's a perspective that makes a lot of sense: If everyone is bullish on a company -- or the overall stock market -- they will be snapping up shares and sending values up. That leads to overvaluation. Ideally, especially in the minds of value investors, overvalued securities are to be avoided, as they stand a good chance of falling closer to their intrinsic value. Meanwhile, if investors have abandoned a stock, or are bearish on the entire market, they will have sold shares, sending prices lower -- possibly to the point of significant undervaluation -- and making some such shares attractive for contrarian believers.

Thus, as the thoughts above suggest, successful investing requires you to control your emotions, not selling in a panic and not hastily buying because you read a promising article about an investment. As Kahn noted in an interview with financial author Jason Zweig, "Millions of people die every year of something they could cure themselves: lack of wisdom and lack of ability to control their impulses."

Take the time to figure out what investment strategies make sense to you, and then stick with them. Stick with companies you've invested in, too, through ups and downs, as long as you believe in them and see rosy futures.

It can be easier to stick with your convictions if you have studied the companies in which you're invested and know them very well. That way, if the market suddenly drops, you may be able to comfortably hang on, knowing that your holdings' futures remain promising -- or you might sell, understanding that a new development has rendered your previous investment thesis obsolete. For example, you might decide that post-pandemic, your real estate investment trust that's focused on office buildings will have a hard time, as you expect more people to work from home. You might determine, at the same time, to hang on to shares of railroad companies, because while their business may be suffering now, better days are ahead.

Kahn reportedly read a lot of annual reports of various companies, and often did so by starting at the back, with the financial statements -- balance sheets, income statements, and statements of cash flow. Then, armed with recent performance numbers and a snapshot of the company's financial health, he would proceed to read the letter to shareholders and to review the glossy photos and other information. He explained in an interview that he aimed "to know much more about the stock I'm buying than the man who's selling does."

Zweig noted that Kahn "reads voraciously, including at least two newspapers every day and numerous magazines and books, especially about science."

Irving Kahn also advised investors to "Look beyond the one or two largest companies in a given industry." That would serve us well because, of course, most investors already know about the top players in various industries, and so if they're in good shape, they may be trading at full or premium values because many people have already snapped up shares.

If you can look beyond those big players, though, you may find smaller gems. For example, if you expect sales of smartphones to grow robustly in the coming years, look into the companies that supply components for the phones. If you're bullish on oil companies, look beyond the big names to smaller companies, such as ones offering technology to help find and drill for oil. If you're excited about e-commerce, look beyond Amazon.com to companies such as Etsy or China-based Baozun, which offers services to e-commerce companies.

5. Seek a margin of safety

Finally, Kahn was a believer in margins of safety. He said, "Capital is always at risk unless you buy better than average values," meaning that if you're buying overvalued securities, they may fall in value, causing you to lose money. "Better than average values" are undervalued securities that are more likely in the long run to grow in value, approaching (and perhaps surpassing) their intrinsic value.

It's smart to focus on preserving your capital -- your hard-earned money -- while you try to grow it. Chasing after high-flyers puts your money at too much risk.

There's a lot to be learned from smart and experienced investors such as Irving Kahn. The more you learn from them, the less you're likely to lose by making mistakes.