The company announced that it is on track to submit two of its pipeline candidates to the FDA by year-end.

Shares of Axsome Therapeutics (AXSM 2.10%) -- a clinical-stage biotech -- rose sharply on Monday and closed the day's trading session up by 4.8%, following the company's release of its second-quarter financial results. The most important part of Axsome's quarterly update was encouraging news regarding two of its leading pipeline candidates.

Axsome's AXS-05 is a potential treatment for several conditions, including major depressive disorder (MDD) and Alzheimer's disease (AD). The company is gearing up to submit AXS-05 to the U.S. Food and Drug Administration (FDA) for the treatment of MDD, and management thinks it will be able to do so in the fourth quarter of 2020. Note that the FDA granted AXS-05 the breakthrough therapy and fast track designations for the treatment of MDD. Also, Axsome is on track to submit AXS-07, a drug for the acute treatment of migraine, in the fourth quarter. 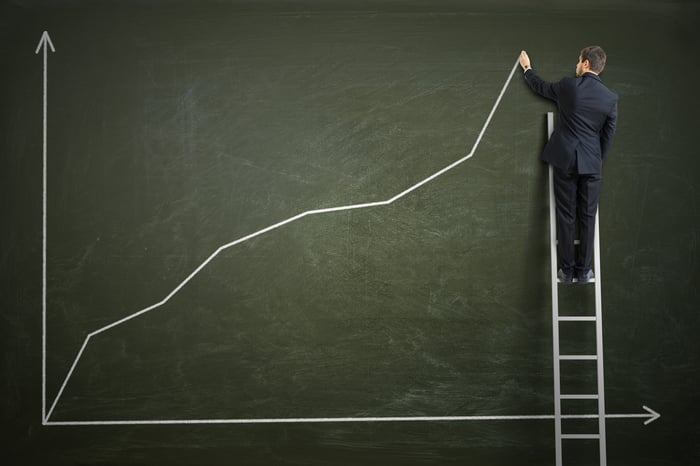 Axsome currently has no products on the market. During the second quarter, the company did not generate a single dollar in revenue and reported a net loss per share of $0.49. However, the approval of AXS-05 and AXS-07 -- which could happen sometime next year -- would allow the company's financial results to improve significantly.

The biotech estimates that AXS-05 could bring in peak sales between $1 billion and $2 billion annually for the treatment of MDD. Meanwhile, the company's AXS-07 could generate between $500 million and $1 billion in sales every year. It will likely be about a year before Axsome launches these products on the market, but given these exciting opportunities, it is not surprising that investors bid up shares of the company following its quarterly update.