The German biotech is making good progress in developing a COVID-19 vaccine.

(This month, the volatile biotech stock has pulled back 6.2% through Aug. 7, compared to the broader market's 2.5% return.) 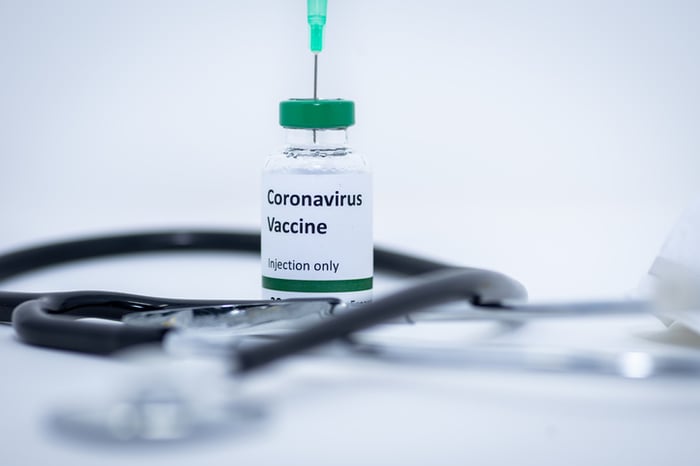 We can attribute BioNTech stock's robust performance last month in part to a continuation of the momentum its had since March when the company announced a partnership with pharmaceutical giant Pfizer (PFE 3.06%) to develop a COVID-19 vaccine. 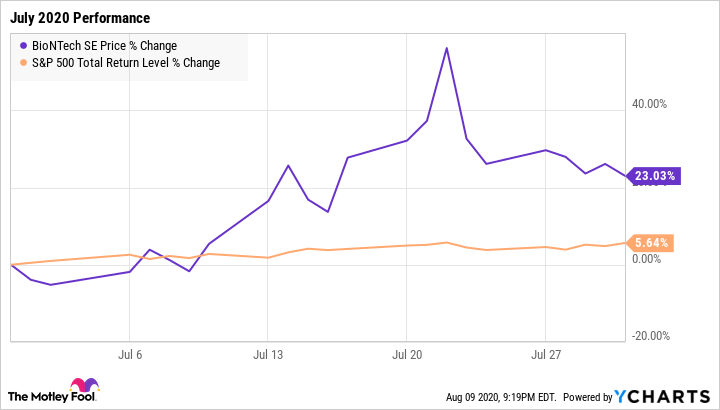 There was also some specific news released last month that propelled the stock higher.

On July 1, BioNTech and Pfizer announced positive preliminary results from a phase 1/2 clinical trial of the most advanced of their four vaccine candidates, BNT162b1. This announcement didn't notably move BioNTech stock, probably because this development was already priced into the stock. It did, however, set the stage for the good news that followed.

On July 13, shares popped 10.6% after the company and Pfizer announced that two of their four investigational vaccine candidates (BNT162b1 and BNT162b2) received Fast Track designation from the U.S. Food and Drug Administration (FDA). As its name suggest, Fast Track is a process designed to speed up the development and review of new drugs and vaccines.

On July 22, shares soared 13.7% after BioNTech and Pfizer announced the U. S. government placed an initial order of 100 million doses of its COVID-19 vaccine, assuming it receives FDA approval, for $1.95 billion. The government also has the option to acquire up to 500 million additional doses. 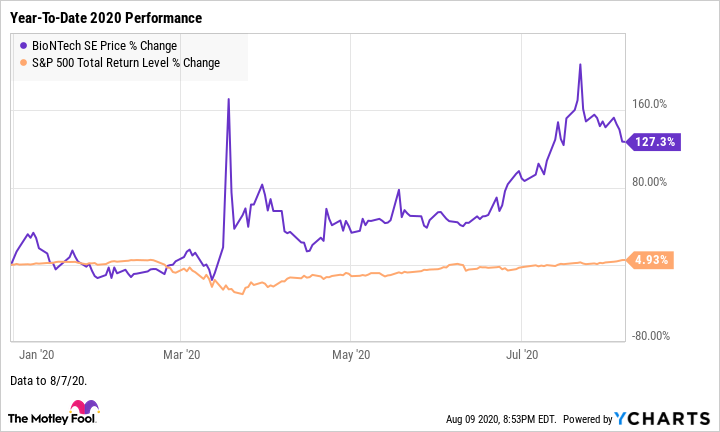 As planned, the two partners began a phase 2/3 study of their lead vaccine candidate (BNT162b2) late last month, as they announced on July 27.

The partners said that if the phase 2/3 trial is successful, they "expect to be ready to seek Emergency Use Authorization or some form of regulatory approval as early as October 2020. If authorization or approval is obtained, the companies currently aim to supply globally up to 100 million doses by the end of 2020 and approximately 1.3 billion doses by the end of 2021."

Investors could be getting some material news soon. BioNTech is scheduled to release its second-quarter update on Tuesday, Aug. 11, at 2:00 p.m. CEST (Central European Summer Time) -- or 8:00 a.m. EDT.