Please ensure Javascript is enabled for purposes of website accessibility
Log In Help Join The Motley Fool
Free Article Join Over 1 Million Premium Members And Get More In-Depth Stock Guidance and Research
By George Budwell – Aug 10, 2020 at 9:52AM

Shares of Heron Therapeutics (HRTX 7.26%), a small-cap drugmaker, gained 10.7% over the course of July, according to data provided by S&P Global Market Intelligence. The biotech's shares seemingly benefited from a wave of bargain buying last month following the company's sharp pullback in June.

In late June, Heron's stock took a big step backward in response to a Complete Response Letter from the Food and Drug Administration (FDA) for its non-opioid painkiller Zynrelef, also known as HTX-011. As this rejection reportedly centered around four non-clinical issues, the biotech should be able to get this all-important regulatory application back on track in short order. This potentially short turnaround time appears to be the main reason investors circled back to this beaten-down biotech stock last month. 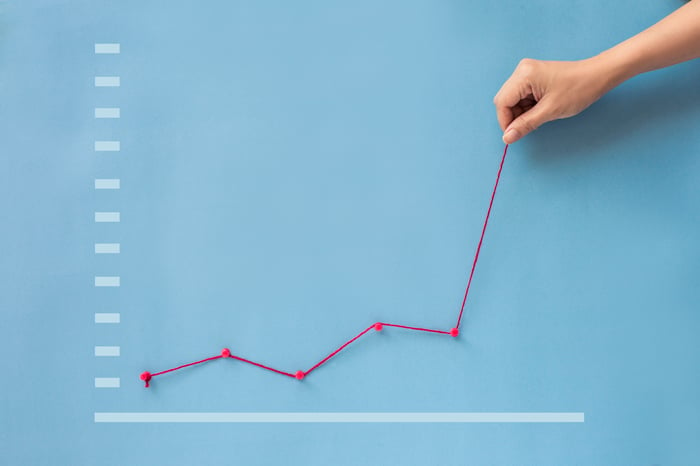 Heron also announced some good news regarding Zynrelef's regulatory application in the European Union in July. Specifically, the company reported that the European Medicines Agency's (EMA) Committee for Medicinal Products for Human Use adopted a positive opinion on the drug as a treatment for postoperative pain.

A final decision on Zynrelef's regulatory status in the EU is therefore expected before year-end. So, if things go according to plan, Heron should start to generate revenue from this key growth driver within the next six to seven months.

Is Heron's stock still a strong buy? If the FDA does indeed approve its non-opioid painkiller at some point in the future, Heron's shares should have a lot more room to run. Wall Street, after all, thinks Zynrelef could achieve over $1 billion in annual sales by the latter half of this decade. That's a big payday for a company with a current market cap of $1.39 billion. In short, this small-cap biotech stock might be a great pickup at these levels.