Its coronavirus programs may just save this cancer-focused biopharmaceutical from bankruptcy, but how risky is its stock?

Though Sorrento Therapeutics (SRNE -5.38%) has a roster of coronavirus testing and therapeutics programs, it's also carrying a whopping $141.79 million in net debt, which is a heavy burden compared to its trailing 12-month revenues of $35.54 million and its $24.39 million in cash. The company's current ratio is 0.6, which implies it could have trouble meeting its short-term debt obligations. These figures are dire enough to make some investors run for the hills, but those who look closer will find there's more to the story of this company that's focused on developing antibody treatments for cancer.

Given its heavy debt load, why and how did the company announce the full prepayment of outstanding term loans worth $120 million in June? Should shareholders dump this stock quickly, or is there a buying opportunity in the works? Let's take a look at the company's balance sheet to get some answers. 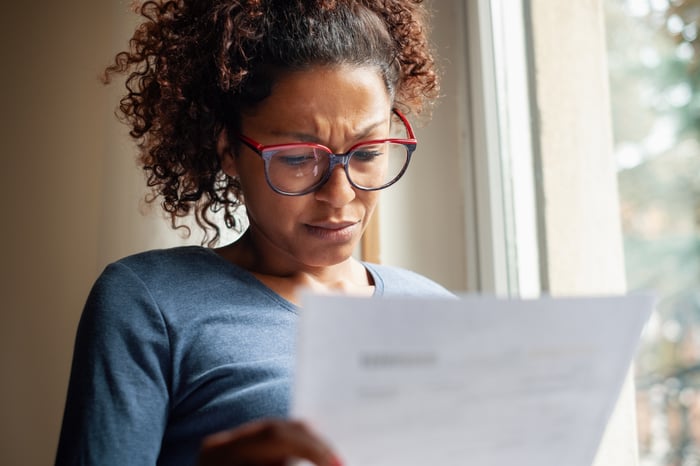 Sorrento could be in danger of going bankrupt

Sorrento's financial situation is precarious. Thanks to $196.94 million raised by issuing common stock over the last 12 months and its June payment of $120 million, the company was able to shed a hefty $133.27 million in debt in the first and second quarters. Effectively, Sorrento traded its newly issued stock for immediate debt relief, a move that is sure to elicit raised eyebrows from investors leery of having their shares diluted. Importantly, only $19.15 million of Sorrento's liabilities are due before the end of the year, a sum it can easily pay in cash. Furthermore, its $147.02 million in long-term debt doesn't seem so unreasonable compared to its trailing 12-month revenues, which grew in the second quarter by 39.1% year over year.

So, is Sorrento's perilously low current ratio misleading? In other words, is the ratio of the company's current assets to its current liabilities deceptive because of an accounting nuance?

In a nutshell, no: Sorrento's debts exceed its cash reserves and also its imminently receivable payments. The company reported operating expenses of $214.38 million in 2019, meaning that its cash reserves are nowhere near sufficient for its ongoing needs. Its current asset value is only $55 million, whereas its current liabilities are $91.34 million as a result of current accrued expenses and outbound payables. This means that even if Sorrento can pay off its current debt without any trouble, it will need to raise cash to repay its vendors and licensors. So it will need to either issue more stock or take on new debt. Unfortunately, adding debt will make the balance sheet look even worse, and shareholders may balk at the prospect of more equity dilution.

The second-quarter earnings report pulls no punches: "As a result of our recurring losses from operations, recurring negative cash flows from operations and substantial cumulative losses, there is uncertainty regarding our ability to maintain liquidity sufficient to operate our business effectively, which raises substantial doubt about our ability to continue as a going concern," management said.

The market is shrugging off Sorrento's outsized liabilities

Even as Sorrento's leadership admits that neither profitability nor a lighter debt load is anywhere in sight, its stock price has soared this year despite the dilution. It's impossible to attribute that phenomenon to a single cause, but there are at least two explanations worth considering.

First, Sorrento's consensus earnings estimates as formulated by Wall Street analysts have steadily risen over the last year, even though the company has missed every target and it's still losing money. For trend-hunting investors, consistently rising earnings estimates are a positive sign, and that may be causing some people to look past the company's actual performance. At the moment, these earnings stem from Sorrento's cell therapeutics manufacturing collaborations with private biotechs like Celularity. However, Sorrento doesn't have any products of its own on the market, though it does have a phase 3 immunotherapy program for non-small cell lung cancer taht it also hopes to use to treat critically ill patients with COVID-19.

Second, the biopharmaceutical company -- which previously was mostly working on developing cancer therapeutics -- has thrown substantial resources into seven different coronavirus programs, attracting the attention of speculators seeking quick profits. Sorrento's COVID-19 programs include a diagnostic test, an antibody test for detecting past infections, several therapeutics, and a vaccine candidate, T-VIVA-19. If it can fund its coronavirus program development with outside collaborations or government grants, the company just might have a shot at delivering a blockbuster that could retire its debts without breaking a sweat. Still, Sorrento hasn't yet won any government aid, so it may be hard to move forward without teaming up with larger collaborators.

In my view, Sorrento's liabilities make its stock too risky to purchase now. On the other hand, if it achieves favorable early-stage clinical trial results with its coronavirus programs and also manages to tackle some of its long-term debt, I think that it will be worth reevaluating. In the meantime, I encourage potential investors to be wary of rapidly rising stock prices when the underlying company is at risk of bankruptcy.