Please ensure Javascript is enabled for purposes of website accessibility
Log In Help Join The Motley Fool
Free Article Join Over 1 Million Premium Members And Get More In-Depth Stock Guidance and Research
By Evan Niu, CFA – Aug 12, 2020 at 9:15AM

The tech giant's venture arm has exited its position in Zoom, along with other investments.

When Zoom Video Communications (ZM 2.19%) went public in April 2019, no one could have predicted that the world would soon be hit by a viral pandemic that would fundamentally alter the fabric of society. It wasn't until the COVID-19 crisis started to escalate in early 2020 that Zoom started to see an astronomical surge in engagement, quickly becoming a household name as demand for videoconferencing services among consumers and businesses skyrocketed.

Zoom is now one of the top-performing stocks of the year, which has also pushed its valuation into the stratosphere, with shares trading at 95 times sales. salesforce.com (CRM 0.86%) has decided to cash out its profits. Should other investors follow suit? 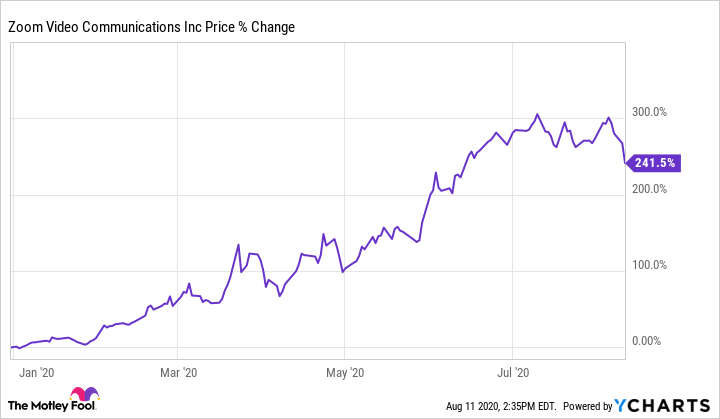 Impressive gains for one year

Salesforce Ventures had invested $100 million in Zoom through a concurrent private placement that took place alongside the IPO. The company bought nearly 2.8 million shares at the IPO price of $36. Those shares were subject to a one-year market standoff agreement (similar to a lock-up agreement) where Salesforce committed to not selling those shares for that time frame. In regulatory filings this week, Salesforce disclosed that it unloaded all of its Zoom Video shares during Q2 after that agreement expired. 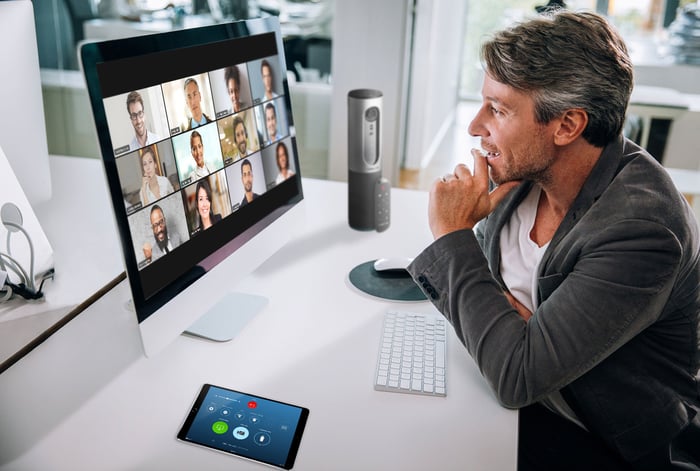 The 13F filing does not disclose what price Salesforce sold the position at. A sign of the volatile times, Zoom shares traded as low as approximately $108 to as high as roughly $261 during the quarter. However, that intraquarter low was in early April, before Salesforce's market standoff agreement expired on April 18. The closing price on April 20, the first trading day after expiration, was around $149. If Salesforce sold near those prices, it would have at least quadrupled its investment; if Salesforce sold around the highs, it would have realized gains of over 600%. Not a bad return for one year!

The customer relationship management (CRM) leader also unloaded its stake in Dropbox (DBX 2.83%). That investment was structured similarly: Salesforce Ventures invested $100 million through a concurrent private placement when Dropbox went public back in 2018, purchasing 4.8 millions shares. Salesforce had previously sold some of those shares and had just 2.2 million left at the end of the first quarter, which it has also now sold. The only remaining position in the portfolio is roughly 376,000 shares of SurveyMonkey parent SVMK (MNTV 5.40%).

Cashing out is what VCs do

Having a prominent investor dump all of its shares is never a great sign, but it's worth acknowledging that Salesforce Ventures is a venture capital investor. By definition, that strategy entails investing in early stage start-ups and cashing out if/when those companies hit it big. Zoom has clearly done just that, so it's understandable that Salesforce was ready to exit the position.

While Zoom's valuation is lofty, the company is somewhat justifying its premium by posting revenue growth of 169% last quarter. If Zoom truly has the staying power to thrive in the post-coronavirus world, maybe it can grow into its valuation.