There are unconfirmed rumors that Salesforce may be looking to scoop up the analytics specialist.

Shares of Datadog (DDOG 2.30%) have popped today, up by 10% as of 1:15 p.m. EDT, following speculation that salesforce.com (CRM 0.86%) is trying to acquire the company. Rumors suggest that Salesforce made an all-stock offer to purchase Datadog in a deal valued over $20 billion.

The unconfirmed rumors have credibility for a number of reasons. Datadog's market cap is currently around $25 billion, so any potential acquisition would be worth over $20 billion. At the same time, Salesforce is extremely acquisitive, having scooped up 63 other companies throughout its history, according to Crunchbase. 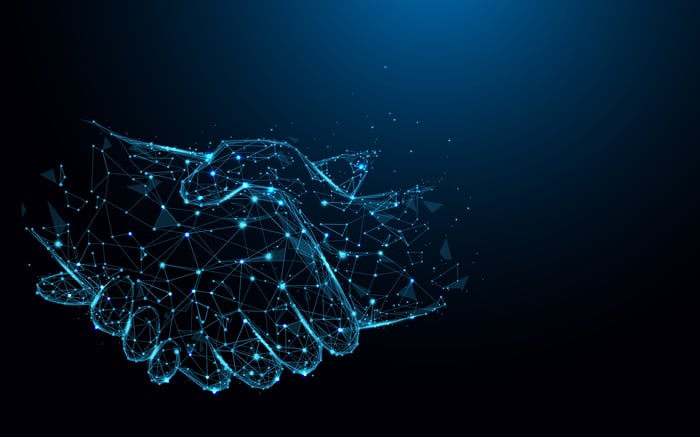 More specifically, Salesforce has been seeking to boost its analytics abilities with other deals, such as last year's $15.7 billion acquisition of Tableau. If the customer relationship management (CRM) tech giant does attempt to acquire Datadog, it would be its largest purchase to date (Tableau is currently Salesforce's biggest buy so far). Networking behemoth Cisco reportedly tried to buy Datadog for $7 billion last year prior to its IPO.

Salesforce has been scooping up all sorts of tech companies in recent years, oftentimes in all-stock transactions that allow it to capitalize on its lofty valuation without having to use cash. Companies that trade at premium valuations -- Salesforce is trading at around 10 times sales despite its size -- can get a lot of bang for their buck by using stock as currency.

Acquisitions related to analytics would bolster the company's Einstein Analytics offerings, which specialize in business intelligence.