Please ensure Javascript is enabled for purposes of website accessibility
Log In Help Join The Motley Fool
Free Article Join Over 1 Million Premium Members And Get More In-Depth Stock Guidance and Research
By Rich Duprey – Aug 14, 2020 at 8:55AM

But e-commerce is growing so rapidly that third-party carriers are seeing their own volume increases, too.

Amazon (AMZN 0.58%) is delivering two-thirds of its own packages, and with e-commerce sales so strong due to the coronavirus pandemic, it could hit 80% as early as next year, CNBC reported Thursday.

There seems to be little stopping Amazon from eventually assuming full control over all of its deliveries, finally pushing aside FedEx (FDX -1.98%), UPS (UPS -1.43%), and even the U.S. Postal Service. 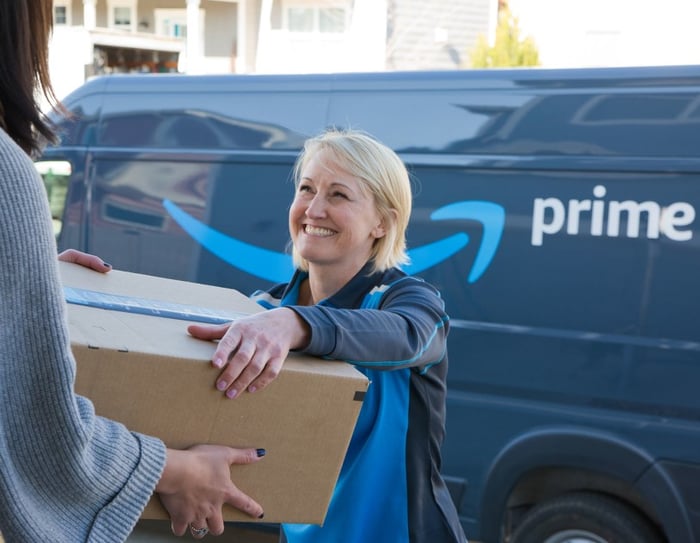 Data from analytics firm ShipMatrix indicates Amazon shipped 415 million packages in July, an increase of 6.7% over the monthly average of 389 million it was shipping between April and June. Of those July shipments, though, Amazon handled 66% of them, compared with the 61% it was delivering in the previous three-month period.

CNBC quoted ShipMatrix founder Satish Jindel as saying, "Amazon is such a huge player in the e-commerce space, they have to manage their delivery themselves to handle the increased demand for online orders, especially during the pandemic."

While he believes that Amazon's increasing self-sufficiency will force UPS and the post office to make up the lost business elsewhere (FedEx and Amazon have seen their relationship diminish over time), there is still substantial online business from other retailers, and so even those carriers are seeing volume grow.

Although digital sales have been the lifeblood of businesses forced to close their retail stores, their reopening will still bring an influx of consumers that will drive volumes further, helping the carriers offset the loss of Amazon business.