Please ensure Javascript is enabled for purposes of website accessibility
Log In Help Join The Motley Fool
Free Article Join Over 1 Million Premium Members And Get More In-Depth Stock Guidance and Research
By Jon Quast – Aug 14, 2020 at 11:00AM

Someday, plant-based meats could be cheaper than animal protein, and that could further drive Beyond Meat's adoption.

When Beyond Meat (BYND -0.86%) reported earnings for the second quarter of 2020, most investors focused solely on the headline numbers. Net revenue was up 69% year over year to $113 million. Its net loss was $10.2 million, as COVID-19 charges weighed down results. And adjusted earnings before interest, taxes, depreciation, and amortization (EBITDA) were $11.7 million.

These numbers are all important, but investors might have overlooked an equally crucial metric for Beyond Meat. The company's price per pound continues to fall, and was down to $5.69 in Q2. Lowering prices might seem counterintuitive. After all, normally we want companies to raise the price of their products and services, since this leads to higher revenue. But lowering its price per pound is central to Beyond Meat's strategy of attracting carnivorous consumers. 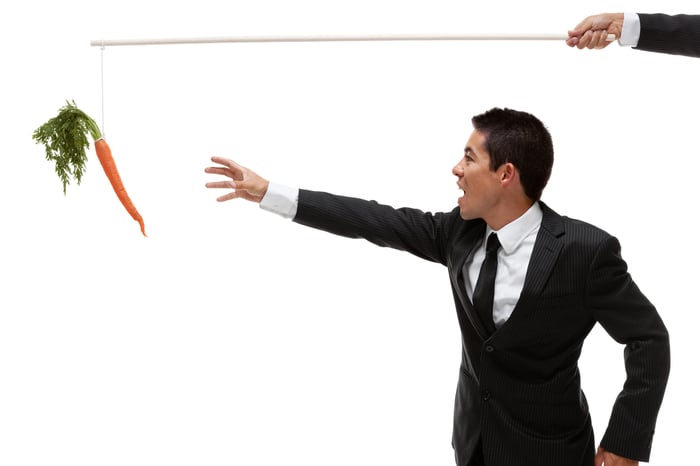 Why lure the carnivores?

This demonstrates that vegetarian consumers are a small, no-growth subset of the population. If Beyond Meat only catered to this group, its business would have limited upside. This isn't a recent revelation. For example, in a 2017 press release, CEO Ethan Brown said, "Early research indicates that 70% of Beyond Burger consumers are meat-eaters seeking to incorporate more plant-based foods into their diet."

Beyond Meat doesn't expect to convert meat-eaters into full-time vegetarians. It merely hopes they'll purchase plant-based meats some of the time. Since most people eat meat, capturing even a small percentage of spending can have big implications. But to do that, the company has to remove the sticking points preventing adoption.

One such sticking point is the price of plant-based meat substitutes. But this problem is consistently shrinking. 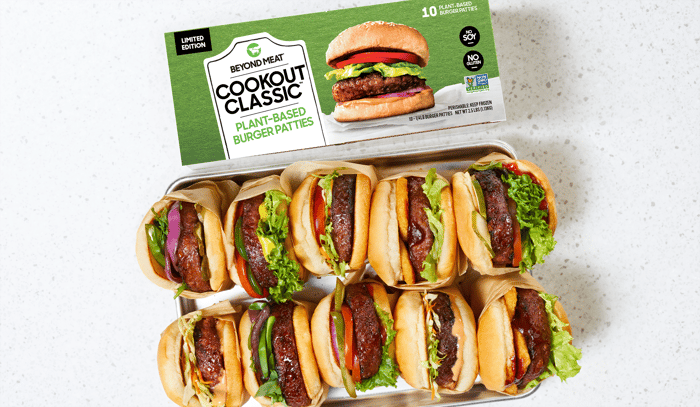 Offering more product per package, like Beyond Meat's Cookout Classic, is one strategy to lower the price per pound. Image source: Beyond Meat.

In Q2, Beyond Meat's price per pound fell 3% year over year to $5.69. The small percentage decrease doesn't look very impressive, but it was hurt by sales mix. In general, its price per pound is lower for food-service sales than retail. And because of the coronavirus, retail sales made up a far larger portion of sales than in times past. Therefore, under normal circumstances, the price per pound would have been better.

Still, the price per pound did go down. This is partly because Beyond Meat is producing more than ever, leveraging fixed costs. But the retail launch of the Cookout Classic also helped. This package contains 10 Beyond Meat patties, in contrast to the typical two-pack. This reduces the cost of packaging, allowing the price per pound to decrease.

One corresponding metric to look at is the gross profit margin. In the first quarter of 2019, Beyond Meat's first as a public company, its gross profit was just 26.8% of net revenue. Since going public, four of its six quarters have shown improvement from the previous quarter. In Q2, its gross-profit margin was down slightly to 29.7%, which included one-time charges due to COVID-19. Excluding these, its margin was 34.9%, a sharp improvement in just six quarters.

Something else happened in Q2. The U.S. Department of Agriculture's average retail price for beef patties went up because of the coronavirus. Therefore, Beyond Meat's Beyond Burger only cost 20% more than the real thing. In time, it's reasonable to expect beef prices to go back down. But it's still worth recognizing just how close the company got to closing the price gap for consumers.

Here's how low Beyond Meat is willing to go: Less than two years ago, the company set a target to undercut the price of meat within five years. As you can see, it's well on its way.

As Beyond Meat's prices approach that of real beef, it could become a major driver for this growth stock. Its sales are already growing at a torrid pace. But once cost is no longer a deterrent, sales could get a further boost. This is just one of several long-term potential tailwinds that could turn this stock into a market-beating investment.

These 3 Growth Stocks Are at Historic Lows, But Could Be About to Rally
356%