Please ensure Javascript is enabled for purposes of website accessibility
Log In Help Join The Motley Fool
Free Article Join Over 1 Million Premium Members And Get More In-Depth Stock Guidance and Research
By Eric Volkman - Aug 15, 2020 at 10:35AM

At least some of the recipients of the funds are involved in a lawsuit against the storied cosmetics maker.

Various media are reporting that the sprawling bank accidentally wired that amount to several companies that have provided loans to Revlon (REV -2.53%). According to one report from Bloomberg, citing "people with knowledge of the matter," the bank asked for all the money back, but so far has recouped less than half of it.

At least three recipients -- named by Bloomberg as Brigade Capital Management, HPS Investment Partners, and Symphony Asset Management -- have refused to return what they received from Citigroup, according to the article. 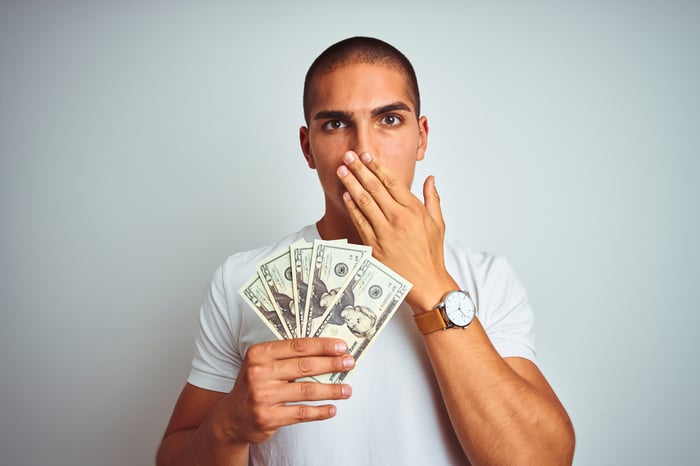 The bank has attributed the payment to a clerical error. It refused to comment further on the matter.

Some entities receiving the funds are creditors of Revlon, a struggling cosmetics company that has taken on significant amounts of debt. Apparently, the monies provided by Citigroup cover the principal plus accrued interest for the amounts the recipients loaned Revlon.

In another interesting twist to the story, a group of creditors on Wednesday sued the cosmetics specialist. Brigade, HPS, and Symphony were involved in this action. The suit claims that Revlon shifted assets pledged as collateral to other entities in order to keep them out of reach of lenders (who presumably might have been able to seize them in the event of a loan default).

All told, those creditors loaned $1.8 billion to the company in 2016 to help it finance the acquisition of Elizabeth Arden, a storied makeup brand. Citigroup was the agent for that arrangement, and was named as a defendant in the lawsuit.

In comments to The Wall Street Journal, an unnamed Revlon spokesman described the legal action as "meritless" and consisting of "baseless accusations." It plans to strongly challenge it in court.