It's that season again. No, I'm not talking about earnings season -- although many companies continue to report second-quarter earnings this week. I'm talking about 13-F season.

A 13-F filing is what major hedge funds file 45 days after quarter-end, disclosing their trades for the prior quarter. It's mid-August, meaning that major hedge funds and investment companies are just disclosing their biggest second-quarter buys. Remember, the second quarter began just two weeks after the COVID-19 pandemic broke out in earnest across the developed world. Yet by quarter-end, the U.S. was already seeing signs of a recovery.

What was the "smart money" doing during this turbulent time? While there's a lot of variation among major hedge fund managers, three of the most prominent, David Tepper of Appaloosa Management, Stanley Druckenmiller of Duquesne Family Office (which has since converted from a hedge fund to a family office), and Keith Meister of Corvex Capital Management, all made significant buys in the same stock during the second quarter. By quarter-end, it was the third-largest long holding in each fund. 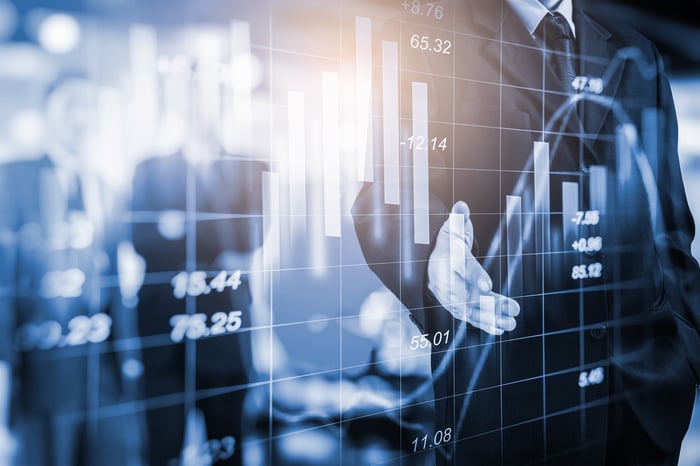 Appaloosa Management made T-Mobile its largest buy in the second quarter. Though Appaloosa already held a smaller stake in T-Mobile entering Q2, it added 5.1 million shares, increasing its position 666%, and raising its allocation in the Appaloosa long portfolio from 1.98% to a whopping 10.67%. T-Mobile thus jumped from just a small position to the fund's third-largest holding by the end of June.

T-Mobile was also the largest buy for the Duquesne Family Office; in fact, Duquesne didn't even own the stock prior to the second quarter. However, Duquesne quickly added 1.57 million shares of T-Mobile, making it a 5% allocation in its long portfolio, also good for its third-largest position.

T-Mobile actually wasn't Corvex's biggest buy during the quarter, but the second-biggest. Corvex bought even more of IAC Holdings (IAC -2.89%), going from not owning the stock to making it a massive 9% position. IAC is a conglomerate of internet sites which spun off its stake in dating app leader Match Group (MTCH -1.80%) on July 1.

What has these portfolio managers so bullish

It's perhaps not a coincidence these funds grew interested in T-Mobile at this time. The company just completed its merger with Sprint on April 1, the first day of the quarter that ended in June. Although studies have shown that a majority of big corporate mergers destroy value, apparently these large managers are bullish on this particular tie-up.

There's good reason to think the T-Mobile and Sprint tie-up will be successful, as T-Mobile has a history integrating companies well. Its acquisition of MetroPCS in 2012 is generally thought to be a rousing success, and T-Mobile's stock has handily beaten competitors, as well as the S&P 500 index, over that time. 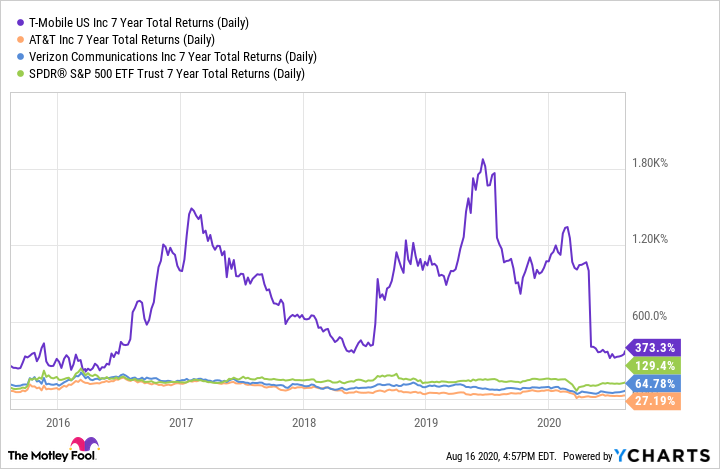 Look for cost and revenue synergies in the 5G era

The current deal with Sprint is supposed to yield at least $6 billion in cost synergies, but perhaps most importantly, the new T-Mobile now has the deepest 5G spectrum portfolio in the telecom industry. Long a network quality laggard, T-Mobile now has the opportunity to leapfrog ahead of the leaders and become the network leader in the 5G era. Combined with the company's low-cost "Un-carrier" ethos, that could make for a disruptive combination going forward.

In addition to these offensive possibilities, T-Mobile is, generally, the lowest-cost postpaid mobile carrier in a given area, giving the stock recession-resistant qualities as well. All in all, T-Mobile has a strong combination of defensive and offensive qualities that likely appeal to managers seeking ideal risk/reward combinations amid this period of uncertainty.

T-Mobile's stock has appreciated since the end of June on the heels of a very strong second-quarter earnings report, which beat expectations for net additions and adjusted EBITDA. However, I still think T-Mobile is a buy at today's levels. The company generated $1.4 billion in free cash flow last quarter, even without realizing much of the cost synergies to come from the merger. Moreover, the 5G era is just getting started, which could lead to even bigger and better things -- especially if T-Mobile can maintain its current 5G network lead.