Please ensure Javascript is enabled for purposes of website accessibility
Log In Help Join The Motley Fool
Free Article Join Over 1 Million Premium Members And Get More In-Depth Stock Guidance and Research
By Katie Brockman – Aug 17, 2020 at 7:00AM

She could teach you more than you think about investing.

When you think of Kim Kardashian West, you probably do not picture a financial guru, but the reality star is currently worth an estimated $900 million, according to Forbes. Much of that money, however, has come from her various business ventures.

There's a lot to learn from the reality star turned business mogul, whether you're an experienced investor or are just getting your feet wet. 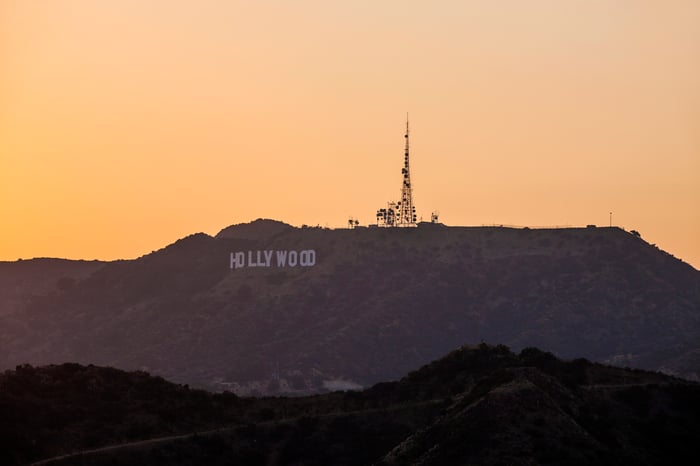 Kim Kardashian West has her hand in several different projects, from her reality series to her makeup line to her own app -- which has raked in hundreds of millions of dollars since it launched in 2014. All those different business ventures not only pad her bank account, but they also limit her risk. If one project doesn't pan out, she still has plenty of income from other sources.

Diversifying is key in the investing world, too. If you throw all your money behind a single stock, you'll be in deep trouble if that company struggles financially. By spreading your cash across many different stocks, you won't be as affected if one or two of those companies don't perform well.

One of the easiest ways to diversify your investments is with index funds or mutual funds. These are large collections of stocks, bonds, or other types of investments, all grouped together in one place. So by investing in just one index fund, you're actually investing in dozens, hundreds, or even thousands of stocks at once. Then if a few of the stocks in the fund take a nosedive, it won't cause your entire portfolio to plummet.

2. Don't let setbacks scare you away from investing

Kardashian West found stardom thanks to a certain, ahem, leaked video. But it was a good lesson in making the best of a tough situation. After her tape was leaked to the public, she sued the company that released it and eventually agreed on a multimillion-dollar settlement. She also capitalized on her newfound fame, starring in the family's reality series Keeping Up With the Kardashians.

When you invest in the stock market, there will be setbacks. The key, though, is to make the best of those setbacks and avoid letting them scare you away from the stock market altogether. The market will experience downturns, and your investments will likely take a hit at some point. You could invest in the wrong stocks and lose money, or you may make the mistake of investing more than you can afford.

You're bound to make mistakes as you're learning, and sometimes your investments will still take a turn for the worse even if you do everything right. But if you learn from these mistakes and keep investing, you'll reap the rewards in the end.

Kim K. is one of the most recognizable celebrities in the world, and she has used that to her advantage. The reality star currently has 184 million followers on Instagram, and she reportedly earns between $300,000 and $500,000 for each sponsored post on the platform. She has spent years building her brand recognition, and that has proved to be very profitable.

Brand recognition is also a crucial factor to consider when investing. If you invest in individual stocks, it's vital to choose wisely. While investing in an up-and-coming brand can pay off if you're lucky, it's often best to stick to tried-and-true companies that have proved themselves over the years. While "recognizable" doesn't always equal "successful," brands that are household names are typically safer bets than unknown companies.

No matter how experienced an investor you are, there's always more to learn. Sometimes, taking lessons from a reality star just might pay off.