Responding to positive Q2 sales figures in China, Coca-Cola (KO 1.12%) is pushing ahead with its plans to open half a dozen new production facilities there before the end of 2020. The new bottling capacity will cost approximately $36 million to complete, while the facilities are expected to crank out $244 million worth of soda and other soft drinks per year.

The facilities themselves are being constructed and operated by a partner of Coca-Cola, Swire Coca-Cola. Swire Pacific (SWRAY 0.67%) reported a huge $707 million loss for Q2, which ended on June 30, but hopes its China operations, including the Coca-Cola partnership, will enable weathering the COVID-19 economic storm. Swire is chiefly an aviation company, but chairman Merlin Swire states that "the long-term success of Swire Pacific will reflect the continued growth of the Chinese mainland and Hong Kong, and we are well placed to take advantage of new opportunities." 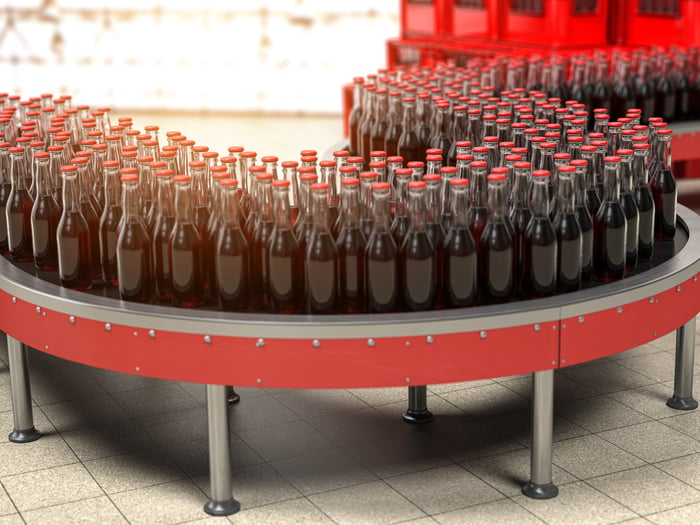 While Coca-Cola also saw its revenue reduced by the novel coronavirus during Q2, China provided a bright spot. Chief Executive Officer James Quincey noted during the Q2 earnings call, "In China, we placed a big emphasis on our sparkling portfolio during the height of the lockdown," continuing, "as a result, the category grew 14% in volume this quarter, led by trademark Coke with strong growth in Zero Sugar offerings."

In the somewhat longer term, another of Coca-Cola's bottling partners in China, COFCO, is building a large facility in southern China, expected to produce around 187,000 tons of beverages annually. This facility is not expected to open sometime late next year, however.