The deal includes an initial payment of $335 million, and a potential additional $275 million, based on the performance of Aviation American Gin over the next 10 years. Other brands in the Davos Brands portfolio included in the transaction are Astral Tequila, Sombra Mezcal, and TYKU Sake. 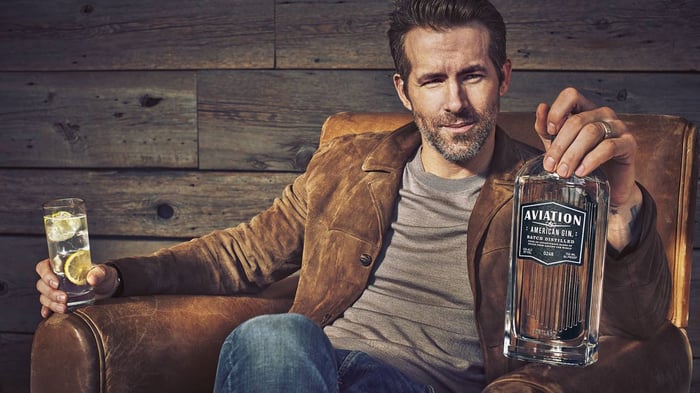 Diageo, which makes Johnnie Walker whisky, Gordon's and Tanqueray gin, and Guinness beer, recently reported a 23% sales drop in the half-year period ending June 30, 2020. North American sales performed better than every other geographic region, the company said. Diageo CEO Ivan Menezes believes this acquisition will continue driving that strength. "We are confident that Aviation American Gin will continue to shape and drive the growth of super premium gin in North America," he said in a statement.

Aviation American is a craft gin that Diageo says is the second-largest and one of the fastest-growing super premium gin brands in the U.S. It more than doubled its sales volume in 2019, and contributed 40% of the growth experienced by the super premium gin segment.

Reynolds said he became an owner of Aviation gin about two years ago because of his love of the product. It is described as an American-style gin that is "crafted with a blend of botanicals, with subtle juniper notes, delivering a smooth balanced flavor profile."