Please ensure Javascript is enabled for purposes of website accessibility
Log In Help Join The Motley Fool
Free Article Join Over 1 Million Premium Members And Get More In-Depth Stock Guidance and Research
By Bradley Freeman – Aug 17, 2020 at 7:31AM

Why revenue and EPS do not tell a company's full story.

Every three months, publicly traded companies report quarterly results. Analysts do their best to forecast a company's revenue and earnings per share, often referred to as the headline numbers. Some investors try to trade around earnings results by placing short-term bets on how they think the stock will react, a dangerous, but sometimes lucrative game.

Yes, there is lots of valuable information to be gleaned in company earnings calls. CEOs frequently offer predictions, comments on the competitive landscape, and much more material information investors benefit from knowing. Still, folks should avoid solely focusing on whether a company beat analysts' revenue and EPS expectations and the stock market's immediate reactions to earnings reports. Why? 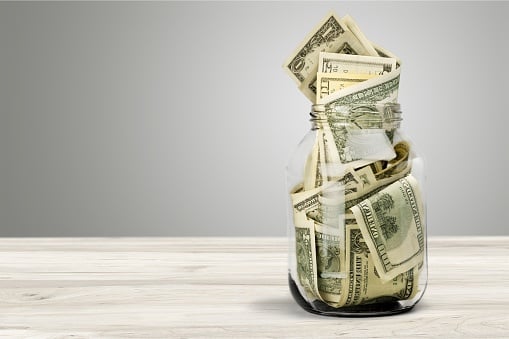 For one, strong or weak headline revenue and EPS do not necessarily mean a stock price will move one way or another. Here are two examples of that.

This quarter, Microsoft (MSFT -4.36%) posted a large beat on both estimated revenue and EPS. Its earnings-call commentary focused on incredible gaming and cloud computing demand. Interestingly, shares of Microsoft fell sharply immediately following the report. Why?

Microsoft is a classic example of expectations running too hot. Each segment of its business performed well, but its shares had already rallied 60% during the same quarter. This run-up raised the bar for Microsoft shareholders, and potentially priced in some of the impressive numbers that CEO Satya Nadella reported last month. It was priced to perfection and sold on the news.

Furthermore, growth of its Azure cloud business slowed to 49%. For most companies, a business of Azure's size growing at 49% would be a dream scenario. For Microsoft, the years of flawless execution coddled shareholders into thinking rapid growth in the segment would never slow, which is obviously not realistic.

Last week, Microsoft announced acquisition discussions with TikTok's U.S. operations, which immediately led to the stock recovering all earnings losses. The announcement has nothing to do with Microsoft's previous earnings beats, yet impacted the stock quite positively anyway.

This quarter, Intel (INTC -4.23%) also beat its top- and bottom-line estimates and subsequently suffered large share losses. The stock abruptly fell from $60 a share to $50 a share while direct competition such as AMD soared to new all time highs post its report. Intel has not since recovered at all. Why?

Intel CEO Bob Swan announced the delay of its 7-nanometer (7nm) chips vital for enabling 5G connections. The chip delays had zero impact on the quarter's strong earnings or revenue, yet worsened the company's long-term demand outlook. So the stock was repriced to reflect that.

Conversely, AMD is full speed ahead with its 7nm chips. This could be very problematic for Intel in the long term and directly contributed to share losses despite beating revenue and earnings estimates for the quarter.

6 analysts downgraded Intel immediately following the report with Bernstein calling it the worst call since it started covering the stock over ten years ago. The operational blunder was far more important to investors than the headline numbers. 5G has far reaching implications for Intel's competitiveness and therefore its long-term profit potential.

There are several company considerations to make besides beating or missing earnings expectations, and these considerations often overpower specific headline numbers. Factors such as long-term demand, profit margin trends, and new product releases are all frequently discussed on earnings calls. These things have little to do with a specific quarter's EPS, yet often drive share prices over the long run much more.

Earnings season is a great time to collect insight on the companies you follow, but it is not a time to speculate on earnings beats or misses. Company commentary should be listened to holistically, and price reactions should be taken with a grain of salt. Investors would be well served to tune out the noise and keep focused on long-term company prospects.