The payments innovator is testing short-term loans with a small number of users.

Square (SQ -1.43%) announced last week that its Cash App payments service is testing a new feature that will allow users to take small, short-term loans that could represent a challenge to the payday loan industry.

The fintech company is currently making the option available to about 1,000 users during the initial testing phase but may roll the feature out to a greater number of users if it deems the experiment to be a success. 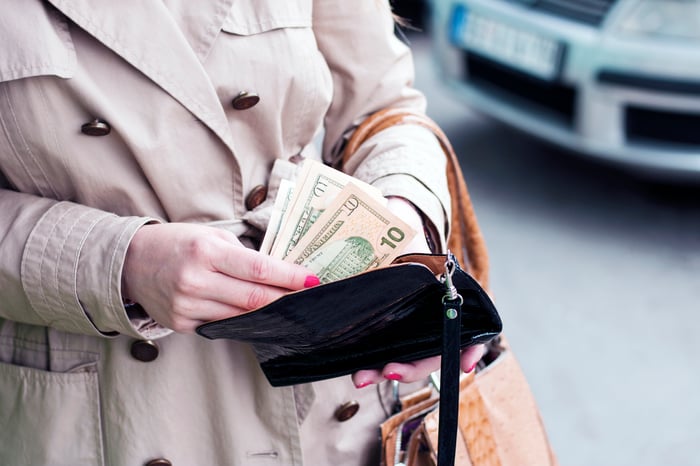 Select users are eligible to apply for loans in a range of $20 to $200, with a payback period of four weeks. The service will cost loan recipients a flat fee of 5%. Those that are unable to pay back the loan within the allotted time will be given a one-week grace period, after which it will begin accruing non-compounding interest at a rate of 1.25% per week.

Extrapolating the initial fee out over a year equates to an annual percentage rate (APR) of about 60%. While that might sound high, interest paid for the average payday loan clocks in at between 150% and nearly 700%, depending on the state. If this feature is rolled out to users more broadly, it could give Square inroads into the lucrative $30 billion payday lending industry by offering borrowers a lower-cost option.

"We are always testing new features in Cash App, and recently began testing the ability to borrow money with about 1,000 Cash App customers," a Square spokesperson said in a statement. "We look forward to hearing their feedback and learning from this experiment."