The president revives an old grievance against the company and CEO Jeff Bezos.

Not for the first time, Amazon (AMZN -0.77%) and its boss have come under fire from President Donald Trump. On Monday, Trump blamed the company for the U.S. Postal Service's financial struggles.

"Amazon and other companies like it, they come and they drop all of their mail into a post office," the president said during an interview on Fox & Friends. "They drop packages into the post office by the thousands and then they say, 'Here, you deliver them.' We lose $3 and $4 a package on average. We lose massive amounts of money." 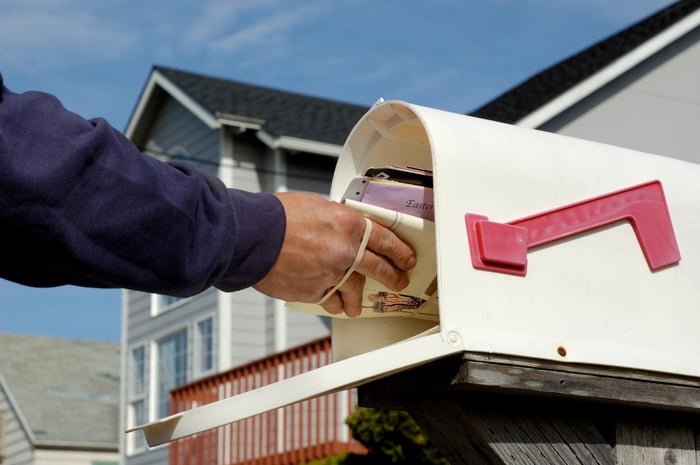 Blaming the massive retailer for the woes of the Postal Service is a long-standing theme for Trump that he has revived amid the independent agency's current difficulties. Budgetary issues have recently resulted in measures such as the removal of sorting machines and the closure of mailboxes.

Few experts and analysts believe Amazon is at the heart of the Postal Service's fiscal difficulties. Many point to the requirement, mandated by a law passed by Congress in 2006, that the organization pre-fund health benefits for its employees. This funding tops $5 billion annually.

As for the government's latest measures, critics say that Trump is making a concentrated effort to restrict voting by mail in hopes of tilting the November election in his favor. House Speaker Nancy Pelosi has called that legislative body back into session in order to look into the matter.

Bezos has not responded to Trump's Monday remarks. Amazon refused to comment on them.