The video communications specialist is reaching out to touch businesses globally.

The stock's move, however, may not be linked to the announcement. 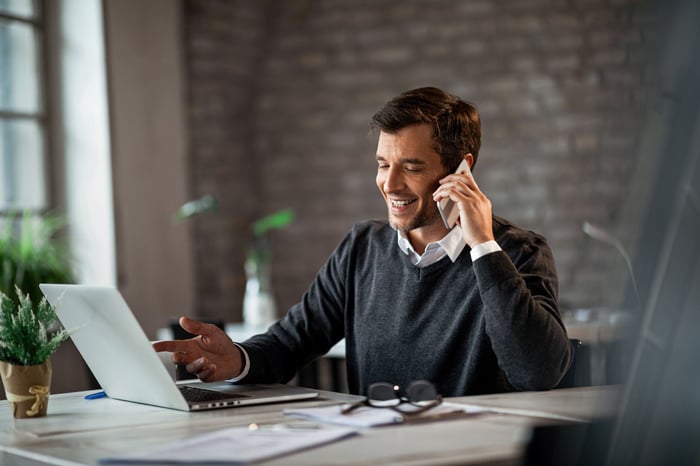 Zoom launched Zoom Phone last year in the U.S., then brought it to Canada, the U.K., Australia, Ireland, and New Zealand.

Still, while adding over two dozen more countries to the list is significant, most are small Latin American and European locations. Then again, the addition of Mexico, Brazil, Argentina, and Hong Kong to the list seems significant.

As Frost & Sullivan's VP of Connected Work Research Elka Popova is quoted in the release as saying, "Now, with an innovative plan model and availability of its successful Zoom Phone product in 40-plus countries, it will be a compelling option for many multinational customers."

Zoom Phone has quickly morphed from an add-on of its video conferencing software to a robust unified communications-as-a-service platform currently dominated by Microsoft's Office 365 and Google G Suite. Some analysts forecast UCaaS will grow nearly 10% annually over the next five years, expanding from a $16 billion industry last year to almost $25 billion in 2024.