When it comes to coronavirus vaccine companies, anything is possible.

After posting eye-popping growth of 3,560% so far this year, it's safe to say that Novavax (NVAX 2.82%) has already made a handful of millionaires. On the other hand, it's unlikely that the business -- which describes itself as a "late-stage biotechnology company" -- can replicate the same feat over the next few years without posting massive revenues from new product sales. Investors seeking riches are doubtlessly thinking that Novavax's coronavirus vaccine candidate could drive tremendous growth.

However, there is no guarantee that NVX-CoV2373 will make it through the remainder of its clinical trials rapidly enough to capture a significant share of the market, especially given that many other companies are working on similar projects. Plus, the stock's current value may already reflect the market's expectation that the vaccine project will succeed. If the endeavor fails, it'd lead to massive losses. Therefore, I think it's more prudent to estimate Novavax's future revenues based on its most advanced program from before the pandemic -- the NanoFlu seasonal influenza vaccine for older adults. 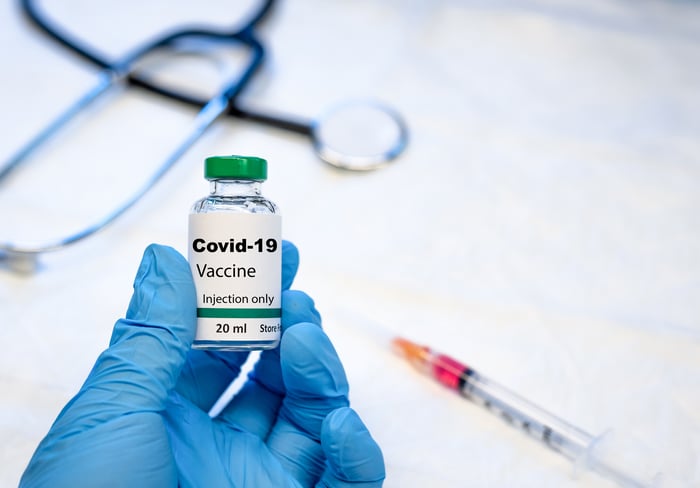 NanoFlu will soon drive major revenue expansion, but will it be enough?

NanoFlu is Novavax's most advanced vaccine project, and the company has been developing it for years. The vaccine candidate recently finished its final phase of clinical trials, demonstrating superior efficacy in a direct comparison to an established flu vaccine on the market. In summary, NanoFlu is safe and effective, and it could be approved for sale as soon as next year.

Novavax estimates the market size for influenza vaccines for older adults -- those 65 and older, which Novavax targets -- at greater than $4 billion across the U.S. and the E.U. If Novavax can capture 35% of that market, it will win at least $1.4 billion each year. 35% is a conservative and reasonable market share estimate, because Novavax only has two real competitor products, one of which has been proven less effective than the company's potential treatment. $1.4 billion is more than 27 times its trailing 12-month revenues, so it's hard to see how the market could have anything other than a positive reaction.

There's just one problem with this story: Even with the massive increase in revenue, Novavax's stock could still be highly overvalued on the basis of its price-to-sales ratio. 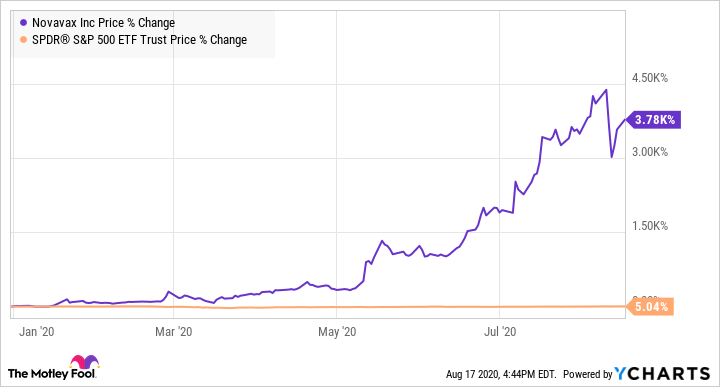 The investing metric that compares a company's stock price to its sales revenue on a per-share basis is known as the price-to-sales ratio (PSR), and understanding it is key to interpreting Novavax's prospects. Biotech companies tend to trade for about 7 times their sales per share, but Novavax is currently trading for about 96 times its trailing-12-month revenues of around $50 million.

In that context, going back to the revenue estimate for NanoFlu, Novavax doesn't look favorable as a millionaire-maker stock. For a hypothetical biotech company with annual sales revenue of $1.4 billion and with a similar number of outstanding shares as Novavax, we would expect the price per share to be about $160 in the first year after the new vaccine's release. This price would rise with subsequent years of growing revenue, but it probably wouldn't vastly exceed Novavax's current price of about $143. People who invest right now probably wouldn't become millionaires. The stock might still grow substantially with a successful flu vaccine release, but it's hard to envision it growing as explosively as it did this year.

On the flipside, if its coronavirus vaccine project doesn't come to fruition, it is highly likely that the stock will drop, erasing some of this year's expansion regardless of excellent revenue growth from NanoFlu sales.

In conclusion, Novavax won't be a millionaire-maker stock on the basis of the influenza vaccine sales, which are its most probable source of revenue in the next couple of years. However, given the market's obsession with coronavirus vaccine stocks, there is no telling how much more inflated Novavax's shares might become if the company continues to report positive clinical trial data. For this reason, I think Novavax still has the potential to make even more of its investors into millionaires, though it's far too risky to bet on after its long run of wild growth.