Please ensure Javascript is enabled for purposes of website accessibility
Log In Help Join The Motley Fool
Free Article Join Over 1 Million Premium Members And Get More In-Depth Stock Guidance and Research
By Howard Smith – Aug 19, 2020 at 9:34AM

Comparable sales in the second quarter grew a company record 24.3%.

Same-day services that the company has ramped up in recent months -- including in-store and curbside pickup and its Shipt delivery service -- soared 273%. The company also said it saw "unusually strong" market share gains in all of its core merchandise categories. For the first half of the year, it said it gained approximately $5 billion in market share. 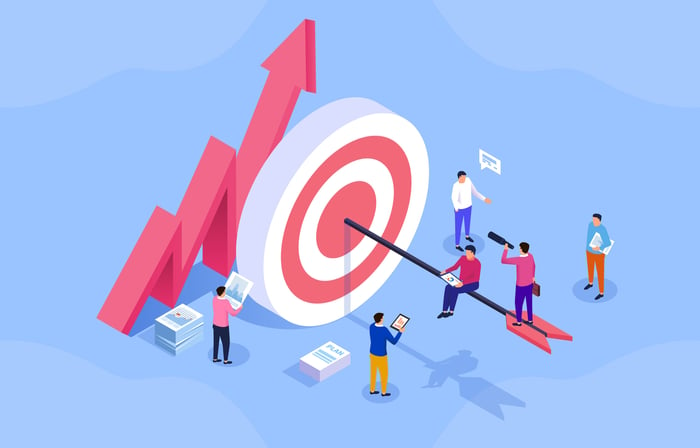 Target chair and CEO Brian Cornell attributed the strong results to the company's combination in-store and online business model. In a comment that seemingly attempts to differentiate it from online competitor, Amazon, Cornell said, "Our stores were the key to this unprecedented growth, with in-store comp sales growing 10.9 percent and stores enabling more than three-quarters of Target's digital sales, which rose nearly 200 percent."

Target said total revenue grew 24.7%, and operating income of $2.3 billion was a 73.8% increase from the same period last year. In a sign that expenses remain controlled, its second-quarter operating income margin rate rose from 7.2% in 2019 to 10% in 2020.

Even with what the company called "unprecedented investments in team member pay & benefits," Target's net earnings per share grew about 85% compared to the previous-year period.