Please ensure Javascript is enabled for purposes of website accessibility
Log In Help Join The Motley Fool
Free Article
Join Nearly 1 Million Premium Members And Get More In-Depth Stock Guidance and Research
By Will Healy – Aug 21, 2020 at 10:00AM

The company will soon report on its first full quarter since the pandemic began.

The upcoming report from Dollar Tree (DLTR 0.99%) is one investors should watch closely. The ultra-discounter previously logged a mixed performance in the early months of the pandemic.

Less than two months after that report, Michael Witynski took the CEO position, replacing Gary Philbin, who announced his retirement. Now, with the company soon to report on its first full quarter since the pandemic began, investors will hopefully gain some clarity on where Dollar Tree will go next.

At first glance, one might assume that Dollar Tree is a consumer discretionary stock built for this environment. With so many people out of work, more consumers should be lowering their expenses to make ends meet.

Still, one has to wonder whether Dollar Tree lived up to expectations. The company has faced several challenges going into the pandemic. Due to supply chain issues stemming from the trade war between the U.S. and China, finding merchandise to sell profitability for $1 became more difficult. Moreover, the company has struggled to integrate its buyout of Family Dollar. Family Dollar, like arch rival Dollar General, does not limit itself to a $1 price point. 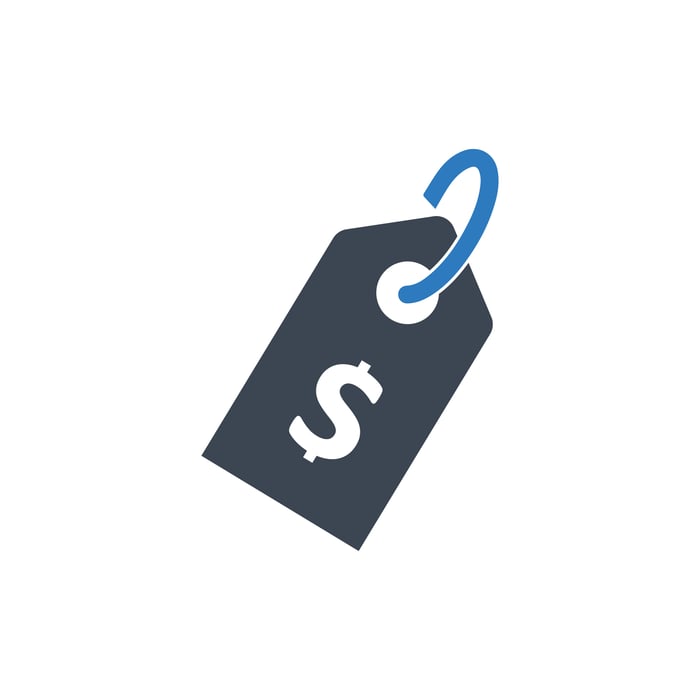 However, in the fiscal first quarter, Family Dollar reported the larger sales gains of the two divisions, a 15.5% increase in same-store sales versus a 0.9% decline for Dollar Tree.

This occurred as Dollar General's same-store sales rose by almost 22%, and diluted earnings per share increased 73% year over year during its own first quarter (which also ended in early May). Investors will find out whether this pattern repeats when Dollar Tree announces second quarter earnings on Aug. 27.

Investors will undoubtedly look for clues as to how Witynski's leadership will change the company. The Dollar Tree takeover of Family Dollar occurred in 2015, well before Philbin assumed the CEO position. Philbin did more to integrate Family Dollar into the company. However, he kept the entities mostly separate.

Family Dollar generally has not had as much success over the last few years as Dollar Tree. As mentioned before, this dynamic flipped in the previous quarter as the coronavirus disrupted retailers around the country. However, investors will probably have to wait until the next report to see if that constitutes a pattern or a one-time event. 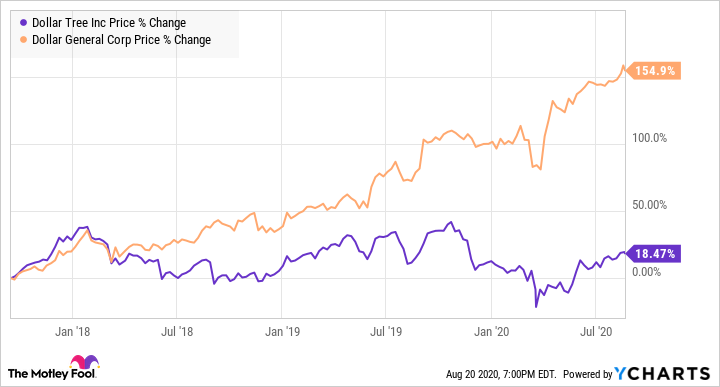 For now, Dollar Tree stock trades at a forward price-to-earnings ratio of approximately 18, in line with the metric's five-year average of 19. However, analysts forecast an increase in earnings of just 6% in the current fiscal year. For the next year, when many expect the economy to improve, earnings growth should come in at around 12%.

These numbers seem lackluster when compared to its primary competitor, but investors in the ultra-discounting segment should pay attention. Despite its underwhelming performance in the previous quarter, the company may have seen its Dollar Tree division play catch up in the last few months. The fiscal first quarter was by far Family Dollar's strongest showing for comparable-sales growth since the two retailers merged five years ago, and that momentum may have finally worked its away across the entire company. Also, Witynski may bring about additional changes to take advantage of heightened demand during the pandemic.

Dollar Tree may ultimately become a buy, but investors should wait until after this upcoming report before they consider opening a position.

Why Dollar Tree Is Tumbling Today