Against the backdrop of the coronavirus pandemic, ViacomCBS (PARA -0.06%) seeks to keep pricing for 2021 Super Bowl ads in line with last year, according to a Wall Street Journal report. The network is asking about $5.5 million for 30-second spots during the game currently scheduled for Feb. 7, 2021.

Yet as sports leagues are attempting to play with mixed results, advertisers want to know they'll be able to back out of their financial commitments if the game is unable to be played, according to the report. 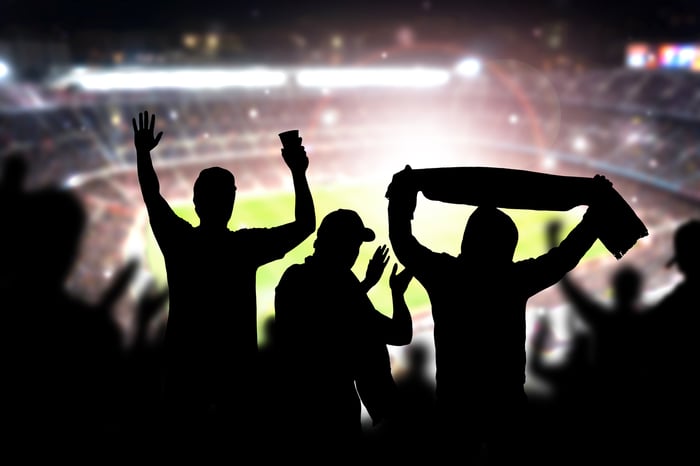 In addition to the $5.5 million ad rate, CBS is requiring TV buyers to participate in the online stream of the game for an additional $200,000, the report says. Last year's game on Fox (FOX -1.50%) drew approximately 100 million viewers including the digital platform, and ad slots were priced at $5.6 million. Ad revenue reportedly totaled $525.4 million. The largest ever Super Bowl audience was recorded in 2015, when 114.4 million viewers tuned in.

There is a unique uncertainty surrounding this upcoming NFL season. Positive cases of COVID-19 have resulted in several MLB game postponements, and some college football leagues have said they will not play their fall seasons. It is unlikely the NFL can play in an isolated environment where the NBA and NHL seem to be successful. NFL executives are reportedly considering a "bubble" arrangement for the playoffs, however.

Super Bowl ad slots typically rise each year. But the pandemic-related uncertainty this season has impacted the ad market. Overall ad spending in the U.S. is predicted to drop by 13% this year, due to the effects of the pandemic.