The layoffs could be avoided or minimized if Congress acts, or if the airline and union can work out a deal.

Delta Air Lines (DAL 0.03%) reportedly will need to furlough up to 1,941 pilots in October unless the government provides a second round of payroll assistance or another option can be found, highlighting the continued issues facing the airlines even as traffic slowly returns.

Airlines have been hit hard by the COVID-19 pandemic, but the industry to date has avoided involuntary layoffs thanks to a provision in the CARES Act stimulus legislation. The government provided up to $25 billion to airlines to help them make payroll, but in return the industry was required to avoid furloughs through Sept. 30. 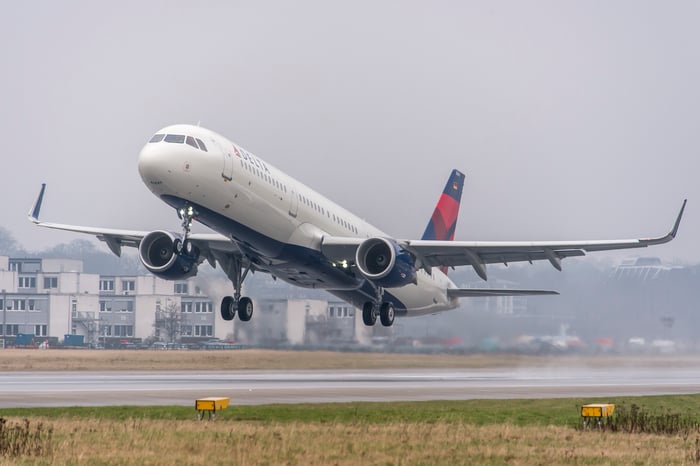 That deadline is approaching, and with average daily travel numbers still down 70% year over year, airlines plan to shrink when the money runs out. Delta, according to a CNBC report on Monday, has told union officials it could cut as many as 1,941 pilots this fall. The airline had more than 13,000 pilots at the end of 2019.

The number of layoffs is far from final. In July, Delta sent a proposal to union leaders to cut guaranteed minimum pay for pilots in an effort to avoid furloughs, and negotiations continue between union and management on layoff alternatives. Lawmakers have also discussed a fresh round of payroll support to airlines as part of a second stimulus bill, although those efforts are currently stalled in Washington.

Delta also plans to add to its liquidity, according to Bloomberg, and is preparing to market new loans and bonds secured by its loyalty program, with a sale expected after Labor Day. The size of the deal and potential terms have not yet been finalized, according to the report.