It also will give it more room to run in the lower- and mid-tier market.

Amazon (AMZN -0.77%) is developing a new platform for luxury brands that could bring it into direct competition with the existing luxury fashion marketplace Farfetch (FTCH 1.02%).

According to industry site WWD, a dozen luxury brands are reportedly ready to debut on the platform in September where they will not only have full control over their online stores, but will also be able to tap into Amazon's customer service operations and utilize its rapid delivery network. 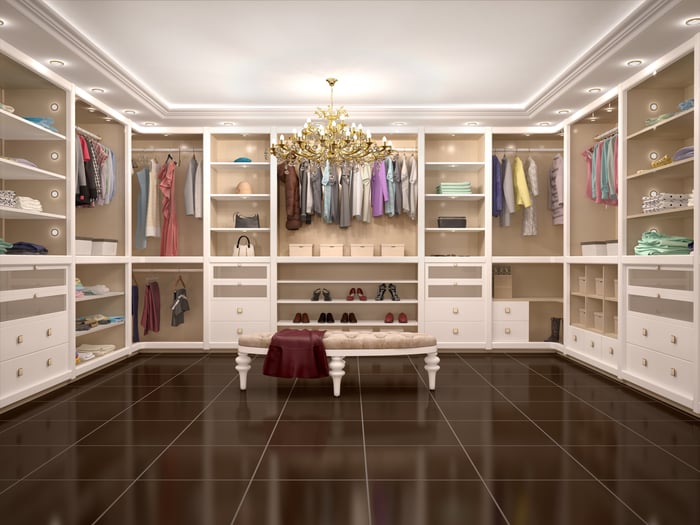 Amazon is said to be building a massive warehouse for the clothing manufacturers to use, and is gearing up to develop a marketing plan that will cover TV, movies, and streaming video.

The platform will operate more like Farfetch, which provides a hub from which luxury brands can sell their merchandise, rather than Net-a-porter, which owns the merchandise it sells.

Analysts at Coresight Research estimate Amazon's first-party listings, or those products Amazon lists for sale itself, account for just 11% of total apparel listings, with third-party retailers comprising the rest. Giving luxury brands their own platform could steal business from Farfetch, which reported earlier this month a 74% increase in second-quarter sales as it attracted a half million new customers.

Yet it could also be a way for Amazon to pull further away from Walmart (WMT 0.43%), which it surpassed last year to become the largest online apparel retailer.

By elevating the luxury brands to a platform of their own, Amazon could give itself more space to target the mid- and lower-tier clothing market where it has been bringing more attention to its own private-label offerings.

It's a two-pronged approach to make the e-commerce site the primary destination for clothing whether you're an upscale consumer or if you shop downmarket.