"We will go for regulatory approvals in October."

Those were the words of Pfizer (NYSE:PFE) CEO Albert Bourla in a Washington Post live interview earlier this month. He was referring to the prospect that the company, along with its partner BioNTech (NASDAQ:BNTX), could seek approval for COVID-19 vaccine candidate BNT162b2 in the near future.

This statement was consistent with Bourla's previous comments. In July, for example, he told Time magazine that Pfizer expected to know in September whether or not its vaccine works. He added that would pave the way for a quick Food and Drug Administration submission and even approval in October "if we are lucky."

Is this timeline really attainable? There's another reason now to believe that Pfizer just might have its coronavirus vaccine ready in October. 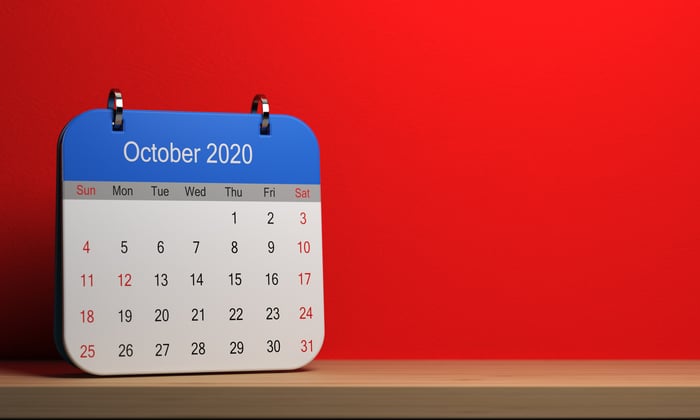 Earlier this month, FDA Commissioner of Food and Drugs Stephan Hahn and Center for Biologics Evaluation and Research Director Peter Marks said that they intended to ask the Vaccines and Related Biological Products Advisory Committee (VRBPAC) to review any COVID-19 vaccine candidate seeking FDA approval or emergency use authorization (EUA). They felt that involving the advisory committee would be beneficial in ensuring transparency with the approval and authorization processes.

The FDA frequently uses advisory committees consisting of experts in a particular area to review submissions for regulatory approval for drug and vaccine candidates. The agency doesn't always make its decisions based on the advisory committees' recommendations, but often does; it did so nearly 80% of the time between 2008 and 2015.

Shah didn't name any vaccine candidates that could be reviewed in the planned advisory committee meeting. But based on Pfizer's highly publicized goal for seeking approval in October, the experimental coronavirus vaccine developed by the big drugmaker and BioNTech will likely be on the list.

Another top contender is AZD1222, the vaccine candidate developed by AstraZeneca (NASDAQ:AZN) and the University of Oxford. Like Pfizer's and BioNTech's BNT162b2, AZD1222 is currently being evaluated in a large phase 3 clinical study.

The Financial Times recently reported that the Trump administration is considering fast-tracking AZD1222 for emergency use authorization. However, AstraZeneca stated that it hasn't talked with the U.S. government about an EUA for its coronavirus vaccine candidate and said that "it would be premature to speculate on that possibility."

What about Moderna's (NASDAQ:MRNA) mRNA-1273 as a third potential COVID-19 vaccine that could be reviewed by an advisory committee in October? The biotech began a phase 3 study for the vaccine candidate in late July. But Moderna doesn't expect to complete enrollment in its study until September. The second dose of mRNA-1273, which is given 28 days after the initial dose, wouldn't be administered to patients enrolling in September until October.

It's possible (and perhaps even probable), though, that the leading companies in the race to develop a COVID-19 vaccine could provide preliminary data from early enrollees that could be used to request an EUA from the FDA.

What's at stake for Pfizer

The sooner a safe and effective COVID-19 vaccine is available, the more quickly the fight against the novel coronavirus will be won. While this public healthcare benefit is no doubt a motivation for Pfizer, there's also a lot of money at stake for the drugmaker.

In July, Pfizer and BioNTech signed a deal with the U.S. government to supply 100 million doses of BNT162b2 for $1.95 billion. That agreement could be expanded in the future for the U.S. to buy up to 500 million additional doses. But receipt of any of this money hinges on FDA authorization or approval of BNT162b2.

Pfizer's shares are in negative territory year to date despite investors' excitement about its COVID-19 program. The recent decision to replace the pharma stock on the Dow Jones Industrial Average didn't help matters. Pfizer could use a major positive catalyst. A win for its coronavirus vaccine in October would likely do the trick.