A recession can deal a body blow to your portfolio. Here's how to brace for one.

The United States entered a recession not too long ago, and it looks like we might have already exited it. But our economy clearly remains challenged, with millions out of work, many businesses closed, closing, or contracting, and a vicious virus still on the loose. So another recession in the near future is not out of the question.

Here are some things you can do to brace for that possibility and to better position yourself to suffer as little as possible from a recession. 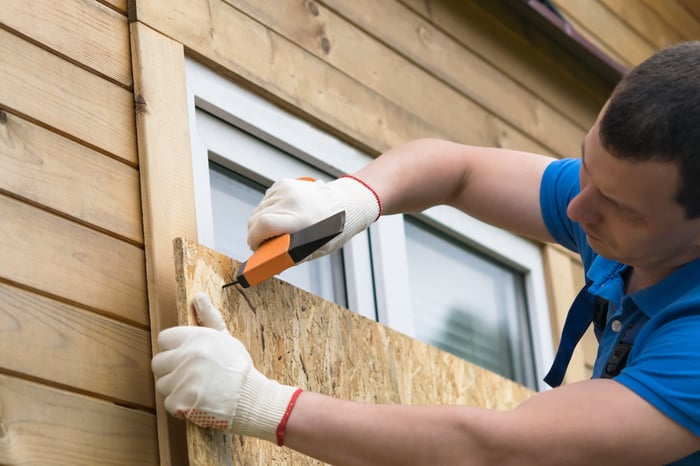 Are you carrying a heavy debt load? Some debt, such as mortgage debt, is hard to avoid, but other debt, especially high-interest-rate debt such as that from credit cards, is to be avoided at all costs. If you're saddled with some, aim to get out of debt as soon as you can. If you end up out of work in the future, you want to be on the hook for interest payments. Also, even without a recession, being free of high-interest-rate debt means you won't be forking over large sums to credit card companies. (Meanwhile, check to see if your credit cards are among the best credit cards.)

No. 2: Have some cash on hand for emergencies

Next, be sure you have a fully loaded emergency fund, and if you don't, set one up -- and fill it with at least three to six months' worth of living expenses. That means not only housing and food costs but also utilities, transportation, taxes, home maintenance and repairs, insurance, expected healthcare expenses, and so on. A job loss can hit unexpectedly, as can a sudden costly health setback or a broken transmission, and finding a new job or being able to make some extra money can be harder than usual during a recession -- not to mention a pandemic. Think about some ways to spend less, too, in order to help you save for emergencies.

No. 3: Have some cash on hand for investing

If you're not saddled with debt and you have a well-stocked emergency fund, consider trying to accumulate cash. In general, it's good to have most of your long-term dollars invested -- and it's hard to beat the stock market for long-term growth. But if a market pullback or a recession seems far from unlikely in the near future, it can be good to have a healthy chunk of cash at the ready, because stock market crashes bring great investment opportunities, as stock prices for both mediocre and terrific companies tend to fall. (Note, though, that it can be psychologically hard to start buying when others are panicking and selling.)

So what should you invest in if the market crashes and you have money to spend? Well, if a recession is upon us or you foresee one coming, consider favoring dividend-paying stocks and defensive stocks. Defensive stocks are those tied to companies whose fortunes don't rise and fall too much along with the economy. They make and/or sell products and services that people will tend to keep buying whether there's a recession afoot or not. For example, consumers may delay buying a new car or refrigerator or cruise, but they will probably keep buying electricity, prescription drugs, groceries, and shampoo.

Meanwhile, dividend payers, as long as they remain healthy and growing, will keep paying their dividends to you no matter the state of the economy. And over time, those payouts tend to increase. (Yes, some can end up suspending or eliminating their dividends if they end up severely challenged, but dozens of blue chip companies have been paying for many decades.)

No. 5: Prepare to do nothing if you can

A last thing to do to position yourself well for a recession is to prepare to do nothing. When recessions hit, many of us don't have extra cash to invest, and what cash we have might best be saved for emergencies. Market crashes that accompany recessions can get us itching to join in the panic and sell some or all of our holdings, but that's generally the wrong thing to do. Remember the wisdom of Warren Buffett, who advises investors to be fearful when others are greedy (i.e., when the market is soaring) and greedy when others are fearful (i.e., during a market crash).

Recessions are tough, but they often don't last too long. Think about what steps you should take to prepare yourself to ride out the next one with minimal trouble. There are probably some actions you could take starting right now.