Please ensure Javascript is enabled for purposes of website accessibility
Log In Help Join The Motley Fool
Free Article Join Over 1 Million Premium Members And Get More In-Depth Stock Guidance and Research
By Keith Speights – Aug 28, 2020 at 11:41AM

A couple of factors appear to be at work after the company announced the pricing of a secondary stock offering.

Shares of Odonate Therapeutics (ODT) were soaring 23.1% as of 11:23 a.m. EDT on Friday. The drugmaker announced after the market closed on Thursday the pricing of a public offering of more than 5.6 million shares at $14.25 per share.

Normally secondary stock offerings cause shares to fall, so why did Odonate Therapeutics stock rise? There could be a couple of factors at work. 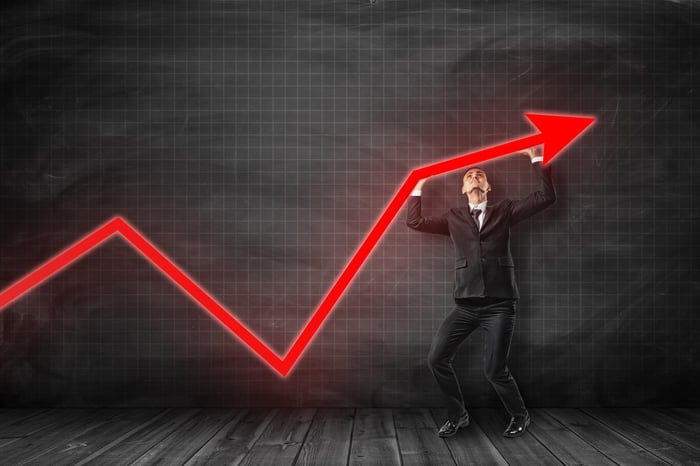 The biotech stock plunged more than 50% earlier this week after Odonate reported results from a phase 3 study evaluating tesetaxel in treating patients with metastatic breast cancer. The company stated that the drug, in combination with capecitabine, achieved its primary endpoint of improved progression-free survival. However, investors were concerned with tesetaxel's safety profile. It's quite possible that today's big jump stems from some investors buying the stock in the belief that the sell-off earlier this week has now run its course.

Odonate expects its public stock offering to close early next week and raise gross proceeds of around $80 million. The main thing to watch with the company is its progress toward obtaining FDA approval for tesetaxel. Odonate plans to file for FDA approval in mid-2021.

3 Biotech Stocks That Soared This Week: Are They Buys?
356%