Please ensure Javascript is enabled for purposes of website accessibility
Log In Help Join The Motley Fool
Free Article Join Over 1 Million Premium Members And Get More In-Depth Stock Guidance and Research
By Demitri Kalogeropoulos – Aug 30, 2020 at 7:43AM

It could be a tough month for these struggling businesses.

Investor optimism is riding high as the calendar turns away from August. There's a lot of hope that the fall season could bring improving growth results to many industries.

Relaxing COVID-19 restrictions and low interest rates have helped push stocks, particularly in some consumer staples niches, to new records. But poor selling conditions in a few areas mean many companies could have a rough month ahead. 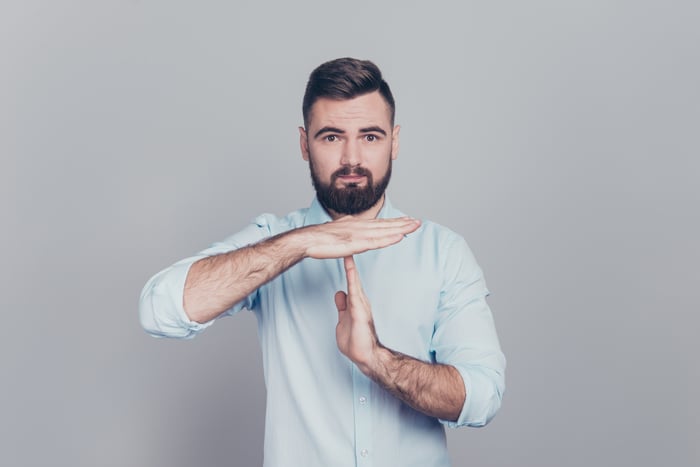 Dave & Buster's second-quarter earnings report will arrive in the middle of the month, and Wall Street is bracing for plenty of bad news. The restaurant and entertainment specialist said in June that first-quarter sales slumped 56% as all the chain's 137 stores were closed for most of the period.

The fiscal second quarter started in early May, but don't expect a sharp sales rebound. Most investors who follow the stock are looking for revenue to dive to below $100 million from over $300 million a year ago. Dave & Buster's operations were surely pressured by closures into May and June, and limited demand for indoor dining and entertainment in the following months.

Given that defensive posture, CEO Brian Jenkins and his team will likely highlight financial progress at cutting costs and shoring up the balance sheet. But investors should be cautious about this stock until there's a clearer path back toward higher revenue. Instead, consider stocks focused on more home-based entertainment like streaming video leaders.

The pandemic added one more massive challenge to GameStop's business. Along with the stampede away from physical video game discs and a disruptive transition to next-generation consoles, that stress pushed sales down by over 30% in the first quarter as losses landed at $166 million.

Investors aren't looking for much better in its next report, set for Sept. 9. GameStop is expected to post widening losses as revenue declines by about 20% to $1 billion. 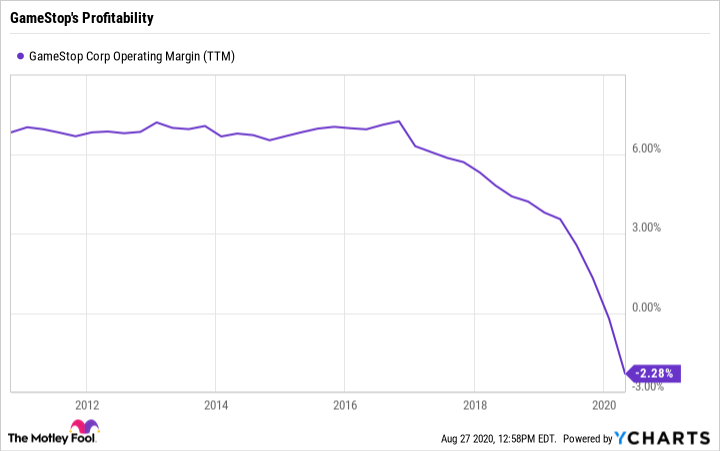 The retailer could have some positive comments to make about excitement in the video game industry around new console releases coming soon. But remember, video game hardware is its least profitable niche by far, and those sales were mainly useful for the traffic they drove toward GameStop's attractive buy-sell-trade platform. That program is fading away, and it isn't clear yet what the retailer can do to replace those lost growth and profit opportunities. A better industry stock to own today is Activision Blizzard -- the game developer just gained over 100 million new players in Q2.

With most indoor dining severely limited around the country, investors aren't expecting much from Darden Restaurants this month. Its last earnings report, which ran through late May, showed slumping traffic of around 40% across the core Olive Garden and LongHorn Steakhouse brands. Its fine-dining franchises fared even worse.

September's earnings announcement will include the months of June and July, and will likely show an encouraging rebound from those figures as stores reopened. But it's hard to see how Darden gets back to overall growth while COVID-19 remains a threat. In fact, Wall Street analysts believe sales will fall 27% in fiscal Q2 compared to the 43% slump Darden announced in Q1.

Investors looking for exposure to the restaurant industry might instead consider companies with strong online delivery platforms and a focus on value. Domino's and Chipotle Mexican Grill are two great examples. Assets such as these provide the best protection through any potential recession while allowing for a good shot at impressive returns that go far beyond just a single month's movement.