Is the streaming music leader a better buy than America's first $2 trillion company?

Spotify is a pure-play on the streaming music market, and its stock rallied more than 80% this year as it impressed investors with its robust growth in users, subscribers, and revenue. Apple still generates most of its revenue from hardware devices, but its stock rallied about 70% as its iPhone sales remained resilient throughout the COVID-19 crisis. Spotify and Apple are very different types of companies, but is one of these rising stocks a better long-term investment? 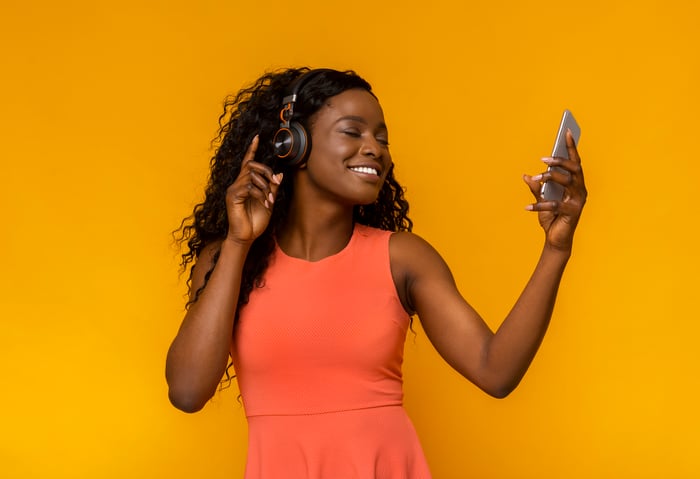 When Spotify went public two years ago, the bears claimed it would struggle against well-funded rivals like Apple Music and Amazon Music, and remain unprofitable due to high music royalties. Yet Spotify repeatedly silenced those critics with its growth. Last year, its monthly active users (MAUs) grew 31% to 271 million, its premium subscribers rose 29% to 124 million, and its revenue increased 29%. That growth continued throughout the first half of 2020:

However, Spotify's revenue growth decelerated significantly in the second quarter as the COVID-19 crisis reduced its ad revenue from free listeners. Its net loss also widened annually in the first half of 2020 as the declining gross margin of its struggling ad business overwhelmed the expanding gross margin of its premium subscriptions. 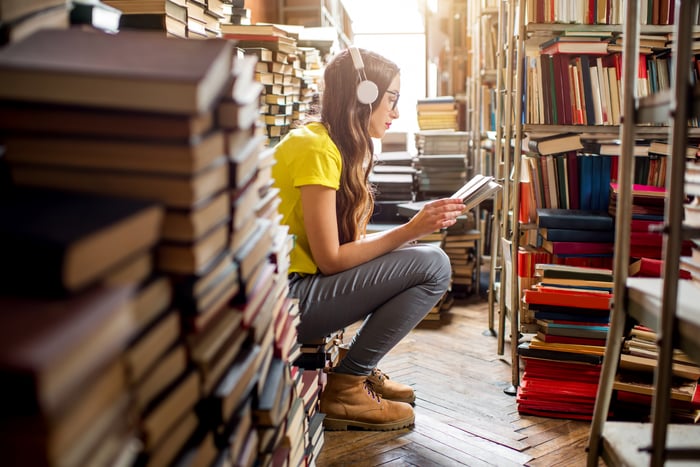 In the third quarter, Spotify expects its MAUs to grow 26%-28% annually and its premium subscribers to rise 24%-27%, but its total revenue could grow just 7%-18% due to advertising and currency headwinds.

In the fourth quarter, Spotify expects its MAUs to rise 21%-28%, its premium subscribers to expand 18%-23%, and its revenue to grow 9%-19%. That top-line growth looks stable, but Spotify still expects to incur operating losses in both quarters.

For the full year, analysts expect Spotify's revenue to rise 39%, but for its net loss to widen. In other words, Spotify still hasn't proven the bears wrong regarding its lack of profits, but the stock doesn't look too expensive at five times this year's sales. Its Chinese counterpart Tencent Music, which swapped its own shares for Spotify's shares in late 2017, trades at about six times this year's sales.

Apple, which recently became America's first $2 trillion company, generated 53% of its revenue from its iPhones in the first nine months of fiscal 2020. Macs generated 9% of its revenue, iPads contributed another 8%, and 11% came from its wearables, home, and accessories segment, which houses the Apple Watch, AirPods, and HomePod.

Apple's long-term plan is to expand its services ecosystem to lock in users and gradually reduce its dependence on the iPhone, which faces a saturated market, tougher competitors, and longer upgrade cycles. Its newer accessories also tether more users to that ecosystem.

Apple's revenue declined 2% last year, as weak sales of iPhones overwhelmed the growth of its other businesses. However, its iPhone sales stabilized this year, even as the COVID-19 crisis shut down its stores:

Apple attributed that growth to robust demand for the iPhone 11 and the launch of its cheaper iPhone SE. Robust demand for its Apple Watches and AirPods also strengthened the wearables, home, and accessories unit as it continued to roll out new digital content across its services platforms. But looking ahead, Apple expects the upcoming launch of the iPhone 12, its first 5G phone, to be slightly delayed by supply chain disruptions.

Apple didn't issue any guidance for the rest of the year, but analysts expect its revenue and earnings to rise 5% and 9%, respectively. Those growth rates look stable, but its stock isn't cheap at over 30 times forward earnings.

Stick with the diversified tech leader in uncertain times

Spotify is still a solid streaming music investment, but Apple is a safer overall investment. Spotify's slowdown in the second quarter reveals its dependence on the macro-sensitive ad market, and it still lacks a path toward profitability. Meanwhile, Apple continued selling more iPhones throughout a global pandemic as its other businesses grew. That steady growth makes it a good defensive stock for uncertain times and justifies its slight premium.